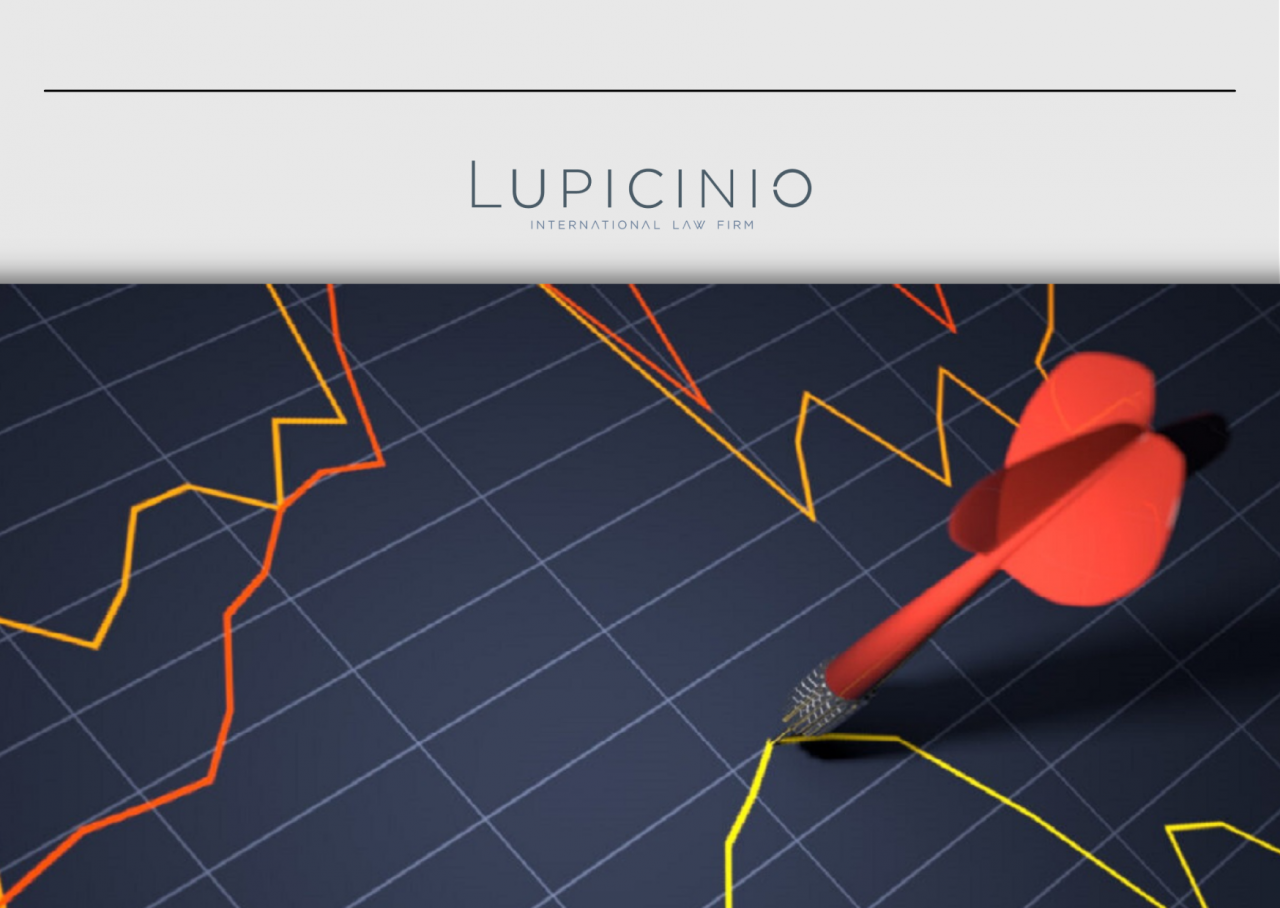 International sanctions have become a popular foreign policy instrument. Once limited to a few cases, they now have a broad mandate. In principle, sanctions aimed at addressing serious human rights violations, stopping arms sales to parties to armed conflicts and supporting peace negotiations are an important political instrument. However, there is growing evidence that the practice of international sanctions has become more of a problem than a solution for a humane and peaceful international order. The main causes are the excessive use of sanctions in general and the increasing use of sanctions as an instrument of power. These developments have also increased the negative side effects of sanctions.

We believe it is important to keep a register of legal and natural persons sanctioned by the United Kingdom, the European Union and the United States of America. If your business is international, this may be of concern to you, as they affect not only the sanctioned countries and individuals, but also those who do business with them.

The US Treasury Department’s Office of Foreign Assets Control (OFAC) designated individuals and entities critical to Russia’s ability to wage war against Ukraine. These include board members of two of Russia’s largest banks, a Russian state-owned bank and 10 of its subsidiaries, a state-backed arms manufacturer, and three of Russia’s state-controlled television stations that generate revenue for the state.

OFAC is also taking steps to cut off access to services that are used by the Russian Federation and Russian elites to evade sanctions. Today, OFAC has identified accounting, trust and company formation, and management consulting as categories of services that are subject to a prohibition on the export, re-export, sale, or supply, directly or indirectly, from the United States, or by a U.S. person, wherever located, to any person located in the Russian Federation, pursuant to Executive Order (E.O.) 14071.

OFAC has further determined that these same services sectors of the Russian Federation economy are subject to sanctions under E.O. 14024. Wealthy Russians have drawn on the expertise of the United States to create shell companies, move their wealth and resources to other jurisdictions, and hide their assets from authorities around the world. Moreover, Russian companies, particularly state-owned and state-supported ones, rely on these services to run and grow their businesses, generating revenues for the Russian economy that help fund Putin’s war machine.

“Today we are further restricting Russia’s economy and access to the services and technology it needs to carry out this unprovoked invasion,” said Treasury Secretary Janet L. Yellen. “Preventing Russia from accessing valuable U.S. professional services increases pressure on the Kremlin and cuts off its ability to evade sanctions imposed by the United States and our partners. We are also targeting Putin’s ability to generate revenues that enable his aggression, as well as the entities and their leaders that support his destructive actions.”

The US Treasury Department’s Office of Foreign Assets Control (OFAC) today designated a network of five Islamic State of Iraq and Syria (ISIS) financial facilitators operating in Indonesia, Syria, and Turkey. The five individuals, who were designated today under Executive Order (E.O.) 13224, as amended, have played a key role in facilitating extremist travel to Syria and other areas where ISIS operates. This network has also made financial transfers to support ISIS efforts in Syria-based displacement camps, raising funds in Indonesia and Turkey, some of which were used to pay for smuggling children out of the camps and handing them over to ISIS foreign fighters as potential recruits.

This action coincides with the 16th meeting of the Countering ISIS Financing Group (CIFG) of the Global Coalition to Defeat ISIS. The United States, Italy and Saudi Arabia co-lead the CIFG – which comprises nearly 70 countries and international organisations – and coordinate efforts against ISIS financial support networks around the world.

“Today, Treasury has taken steps to expose and disrupt an international facilitation network that has supported ISIS recruitment, including the recruitment of vulnerable children in Syria,” said Treasury Under Secretary for Terrorism and Financial Intelligence Brian E. Nelson. “The United States, as part of the Global Coalition to Defeat ISIS, is committed to denying ISIS the ability to raise and move funds across multiple jurisdictions.”

Residents of displacement camps in Syria include those who have been displaced by ISIS, as well as ISIS members, sympathisers and their families. ISIS sympathisers in more than 40 countries have sent money to ISIS-linked individuals in these camps in support of ISIS’ future resurgence. Al-Hawl is the largest IDP camp in northeastern Syria, housing up to 70,000 people, most of whom are women and children. In Al-Hawl alone, ISIS supporters have received up to $20,000 per month through hawala, an informal transfer mechanism; most of these fund transfers have originated outside Syria or passed through neighbouring countries such as Turkey. In addition, since 2019, ISIS has been smuggling its associates out of al-Hawl largely to Idlib, Deir ez-Zor, and Raqqa governorates in Syria. ISIS is particularly focused on smuggling children from IDP camps for recruitment as fighters.

Today, the Treasury Department’s Office of Foreign Assets Control (OFAC) has designated Ahmad Jalal Reda Abdallah, a Lebanese businessman and financial facilitator of Hizbollah, as well as five of his associates and eight of his companies in Lebanon and Iraq. This action highlights Hizbollah’s modus operandi, which uses the cover of ostensibly legitimate companies to generate revenue and leverage business investments in a multitude of sectors to covertly fund Hizbollah and its terrorist activities. It also demonstrates how Hezbollah goes to great lengths to create companies with an opaque ownership structure to conceal its involvement in these businesses, as well as its involvement in criminal activities such as tampering with drug labels for sale on the black market.

“Hezbollah has built a network of businesses to conceal its activities and generate funds for its destabilising activities, all at the expense of accountability and public safety in Lebanon and the region,” said Treasury Under Secretary for Terrorism and Financial Intelligence Brian E. Nelson. The designation of this network demonstrates the U.S. government’s commitment to protecting Lebanon’s private sector and financial system from abuse by Hezbollah by targeting and exposing the group’s financial activities”.

OFAC is designating Ahmad Jalal Reda Abdallah and his network of associates and businesses under Executive Order (E.O.) 13224, as amended, which targets terrorists, leaders and other officials of terrorist groups, and those who provide support for acts of terrorism or persons blocked under E.O. 13224. The United States designated Hezbollah as a Foreign Terrorist Organisation (FTO) on 8 October 1997, and as a Specially Designated Global Terrorist (SDGT) on 31 October 2001.

Today, the U.S. Department of the Treasury’s Office of Foreign Assets Control (OFAC) designated an international oil smuggling and money laundering network led by Islamic Revolutionary Guard Corps-Qods Force (IRGC-QF) officials that has facilitated the sale of hundreds of millions of dollars worth of Iranian oil to both the IRGC-QF and Hezbollah. This oil smuggling network, led by US-appointed IRGC-QF official Behnam Shahriyari and former IRGC-QF official Rostam Ghasemi, and supported by senior Russian Federation government officials and state economic bodies, has acted as a key element in Iran’s generation of oil revenues, as well as its support for proxy militant groups that continue to perpetuate conflict and suffering throughout the region.

“The United States remains fully committed to holding the Iranian regime accountable for its support of terrorist groups destabilising the Middle East,” said Treasury Under Secretary for Terrorism and Financial Intelligence Brian E. Nelson. “As the United States continues to seek a mutual return to full implementation of the Joint Comprehensive Plan of Action, we will not hesitate to target those who provide a critical lifeline of financial support and access to the international financial system for the Qods Force or Hezbollah. In particular, the United States will continue to strictly enforce sanctions on Iran’s illicit oil trade. Anyone who buys oil from Iran faces the prospect of US sanctions”.

Today’s action is being taken under the anti-terrorism authority Executive Order (E.O.) 13224, as amended. The IRGC-QF was designated under E.O. 13224 on 25 October 2007 for providing support to multiple terrorist groups.

The US Department of the Treasury’s Office of Foreign Assets Control (OFAC) today sanctioned one individual, two banks, and one trading company for their support for the Democratic People’s Republic of Korea’s (DPRK) development of weapons of mass destruction (WMD) and ballistic missile programmes and the US-designated national airline. On 24 May 2022, the DPRK launched three missiles: one intercontinental ballistic missile (ICBM) and two shorter-range ballistic missiles. So far this year, the DPRK has launched 23 ballistic missiles, including six ICBMs, all in violation of multiple United Nations Security Council Resolutions (UNSCRs).

The United States remains committed to pursuing dialogue and diplomacy with the DPRK, but will continue to address the threat posed by the DPRK’s illegal WMD and ballistic missile programmes to the United States and the international community. 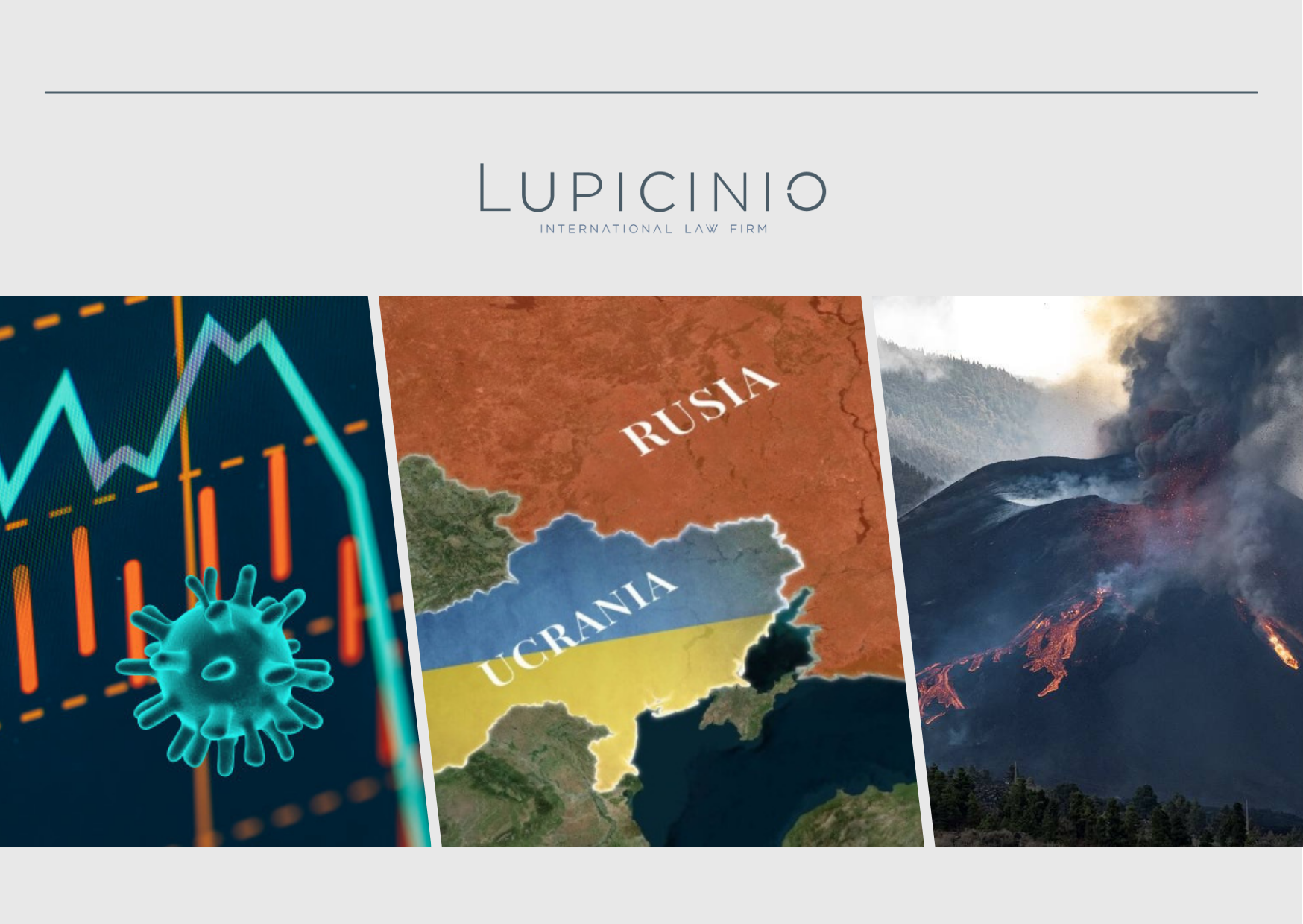 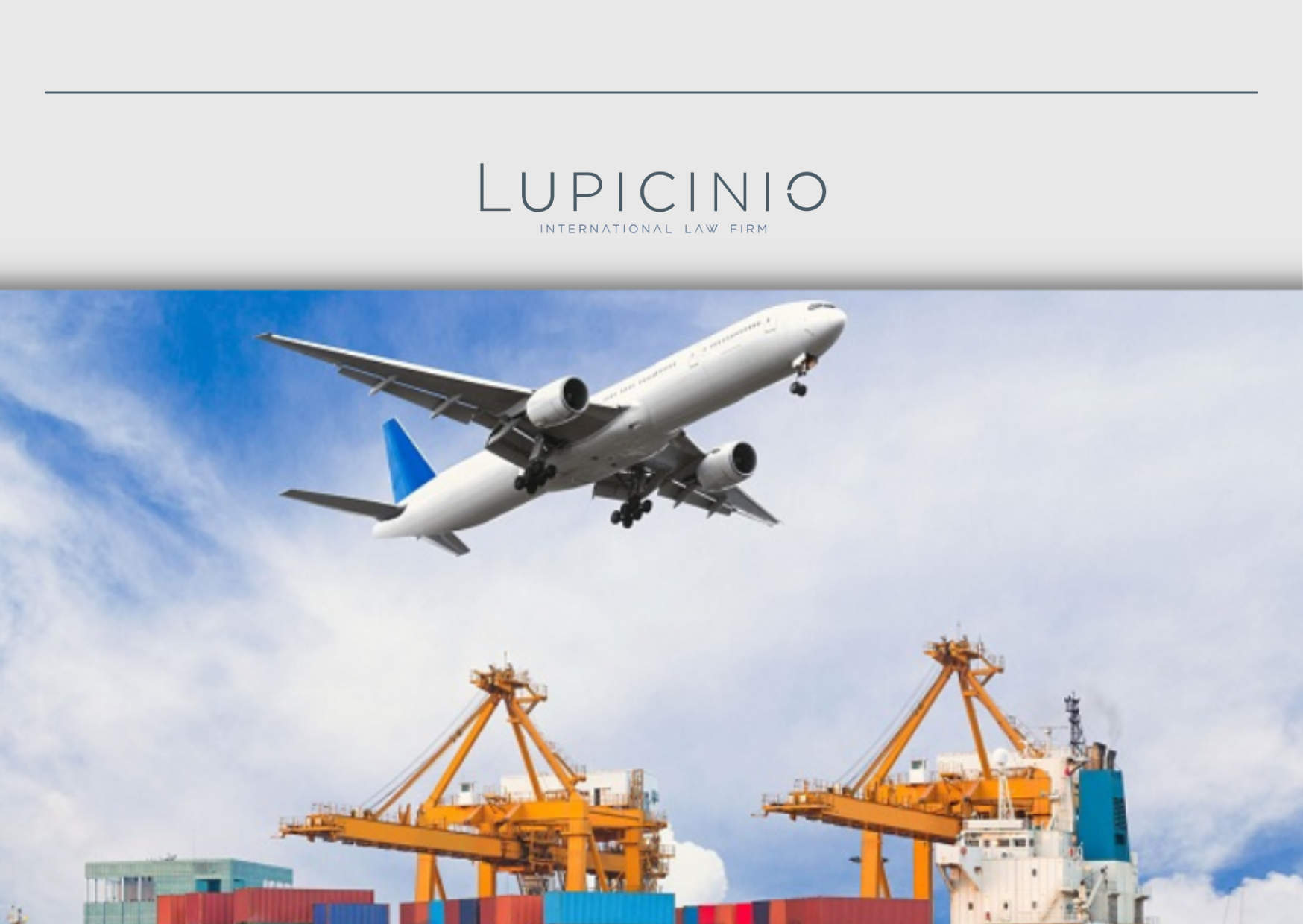 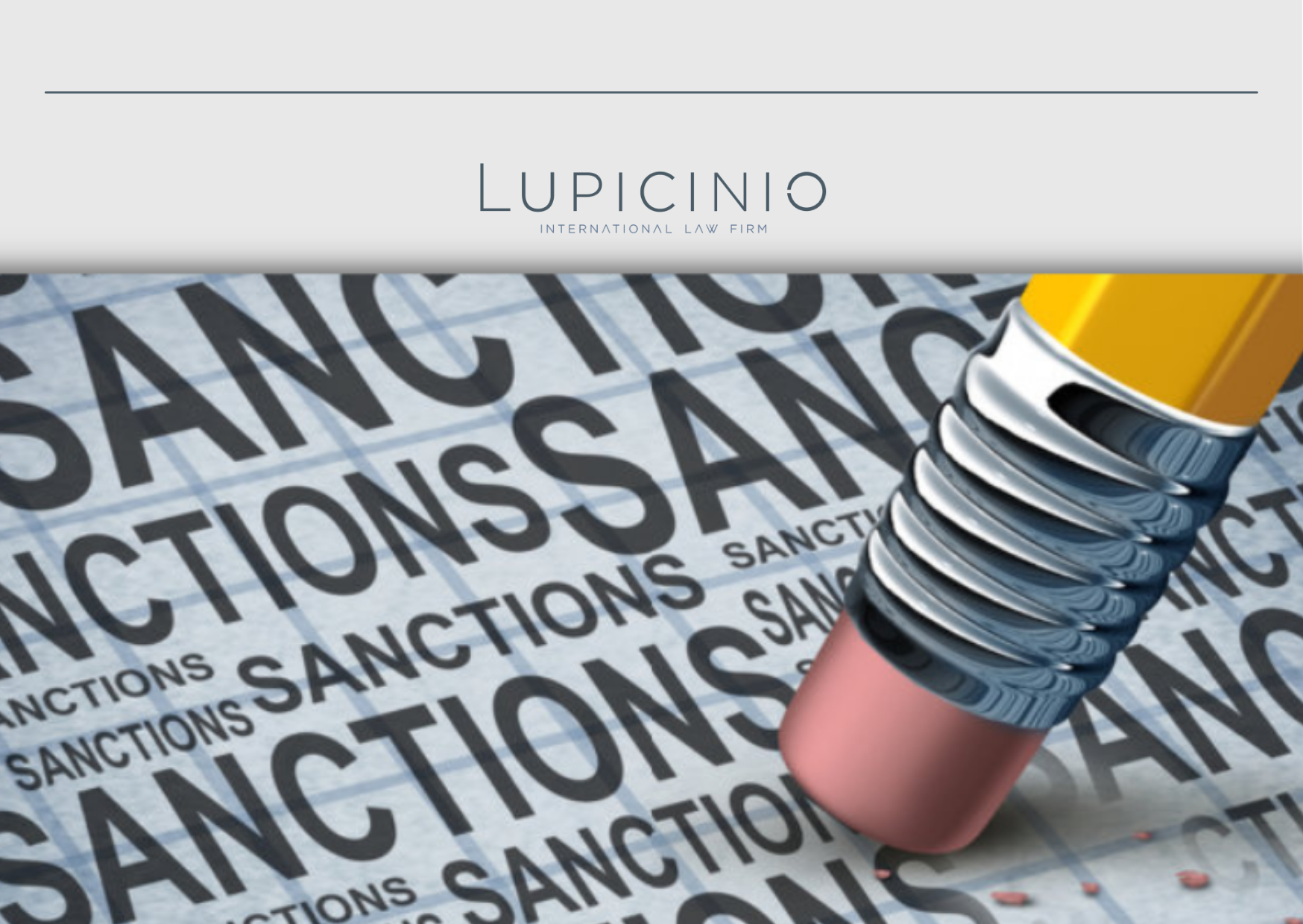