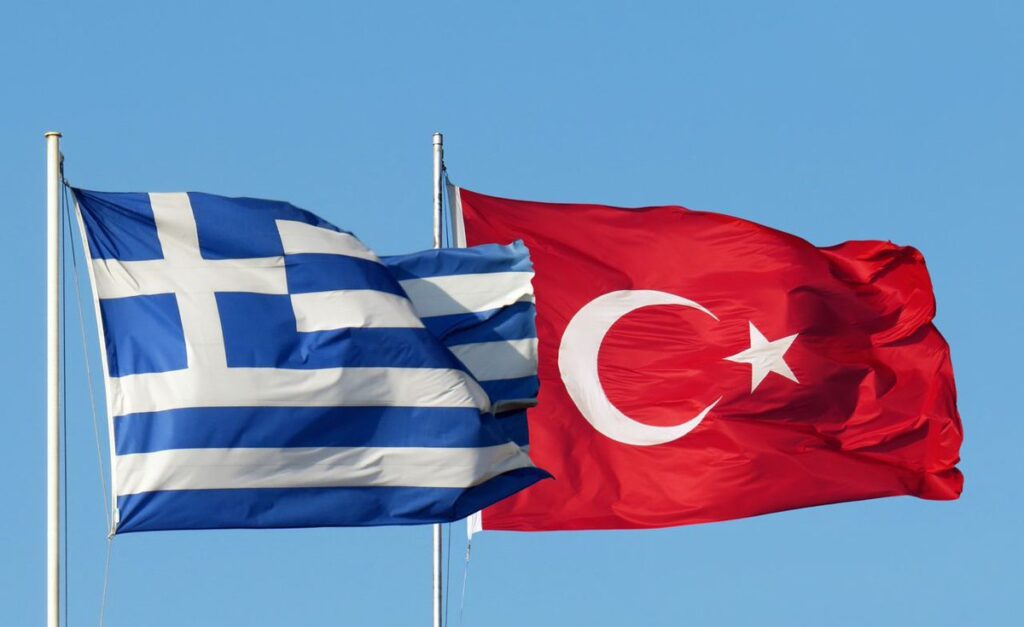 There are several legal problems between Turkey and Greece in terms of the current tensions in the Eastern Mediterranean. Four problems particularly stand out:

One problem concerns the continental shelf between the two countries. Greece argues that international law is olear in that respect: Islands have their own continental shelves thanks to the 1982 United Nations Convention on the Law of the Sea (UNCLOS). Turkey disagrees. That’s because, first, the UNCLOS does not constitute international law as such; it is a mere agreement (treaty) between some countries. A treaty does not necessarily represent international law. A treaty can only be one of the sources of international law and binds only the signatory countries. Indeed, while Greece is a party to the UNCLOS, Turkey is not. Turkey has been a persistent objector to the conclusion of this treaty for more than 50 years. One cannot invoke a treaty against its non­signatory persistent objector. Second, Turkey maintains that the Greek islands in proximity of the Turkish mainland are on the Turkish continental shelf. Those islands do not have their own continental shelves. That is, the Greek islands which are close to the Turkish mainland are “on the wrong side”. They can at most have some limited territorial sea, not continental shelf beyond that. The continental shelf between the two countries should be delimited through taking into consideration of the Greek and the Turkish mainlands only – not the islands. And, the Turks bolster that opinion through invoking several international court and arbitral decisions such as the one concerning the “wrongly situated UK islands” between the United Kingdom and France in the English Channel.

Greece wishes to increase its territorial waters off its islands from 6 nautical miles to 12 nautical miles. Turkey objects to that. United Nations Convention on the Law of the Sea (UNCLOS) permits signatory countries to increase their territorial waters up to 12 nautical miles (still, signatory countries are not obliged to do so). Yet, the aforementioned problems with regard to the UNCLOS apply here, too. The reality is that recognizing 12 nautical miles for the Greek islands would block Turkey and the third countries from free navigation as great part of the international waters between the Turkish and Greek mainland would come under the jurisdiction of Greece. And, this would be in violation of the principles of equity and proportionality under international law.

The third problem concerns the militarization of the Greek islands which are in proximity of the Turkish shores. According to treaties to which both Greece and Turkey are parties, those islands have demilitarized status. Yet, Greece does continue with the placement of troops and military equipment on those islands and does not want to discuss this issue with Turkey.

By an international agreement but on which Greece lays claim, Turkey argues that there are more than 150 islands and islets with such status in the Sea of Islands. Turkey asserts that they are Turkish islands and islets. Yet, Greece does not wish to discuss this problem with Turkey at all.

Greece claims that the only problem between Greece and Turkey concerns the delimitation of continental shelf (and exclusive zone) between the two countries, and, that it should be settled under the UNCLOS. Turkey argues that there exist the four above mentioned problems to be settled altogether under international law.

As regards Cyprus, the problem is about recognition of the legitimate government. Turkey invokes its own continental shelf rights – as the country having the longest coast in the Mediterranean – in addition to the continental shelf rights of the Turkish Republic of Northern Cyprus (TRNC). Turkey does not recognize the Greek administration in the south of the island as the legal government. Thanks to her agreements with the TRNC, Turkey claims to protect the rights of the TRNC in its search and drilling activities in the Eastern Mediterranean.

Actually, all these legal problems have existed for a long time. Yet, they have recently caused high tensions between the two countries. And, the reason for this rise in tensions should be sought in politics rather than in international law.

previous
BEST LAWYERS celebrates Lupicinio International Law Firm
next
Should the distribution of dividends be anticipated before 31 December 2020?