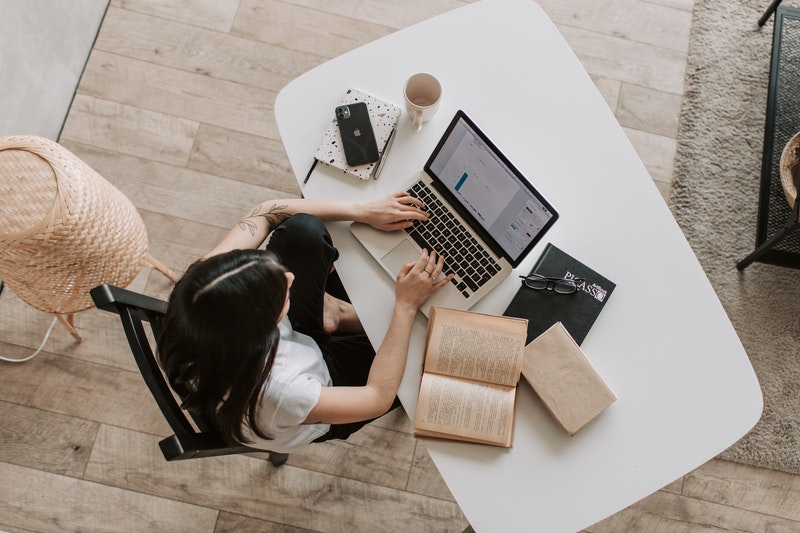 Last February, the Minister of Work and Social Economy, Yolanda Díaz, announced a double offence to combat the issue of fake self-employed workers, a law that included legislative changes and granted certain controlling powers to the Work Inspectorate.

The question that has arisen is, due to the COVID-19 pandemic and the disastrous consequences that seem to have been caused as a result, is now a good time for the Work Ministry to will strengthen and promote the figure of the dependent self-employed worker, who seems to be so reviled?

The figure of the TRADE is included in article 11 of Law 20/2007, of 11 July, of the Statute of self-employment and defines them as those who “carry out an economic or professional activity for profit and in a habitual, personal, direct and predominant manner for a natural or legal person, called a client, on whom they depend economically by receiving from him at least 75 percent of their income from work and economic or professional activities”.

The law also states that in order to be considered a self-employed worker, the following conditions must be “simultaneously met”:
a) Be economically dependendent on only one client: (more than 75% of income must come from this client). this occurs when a self-employed person has a preferential client with a close relationship that brings him/her practically all of his/her income.
b) Not have any employees nor contract or subcontract part or all of the activity with third parties, both with regard to the activity contracted with the client on whom it depends economically and the activities that it could contract with other clients.
c) Not to carry out its activity in an undifferentiated manner with workers who provide services under any type of employment contract on behalf of the client.
d) To have its own productive and material infrastructure, necessary for the exercise of the activity and independent from those of its client, when in said activity they are economically relevant.
e) To develop its activity with its own organizational criteria, without prejudice to the technical indications it may receive from its client.
f) To receive an economic consideration based on the result of its activity, in accordance with what has been agreed with the client and assuming the risk and fortune of the latter.

As well as the previous criterion, the following must also be taken into consideration:

There must be a written contract for the provision of services must be signed in which both parties are entrepreneurs or professionals, must consent to the acceptance of the system and must have the legal capacity to exercise their rights.

– In the event that no specific duration of service is fixed, it shall be assumed that the contract has been agreed upon since its formalisation for an indefinite period.
– The client may request the professional to accredit the condition of financially dependent self-employed at the date of conclusion of the contract or at any other subsequent time, provided that at least 6 months have passed since the last accreditation.
– To determine this accreditation, the last tax return or a certificate of income issued by the tax authorities may be used.
– The TRADE is obliged to pay contributions for accidents at work and occupational diseases to the Social Security.
Examples of dependent self-employed workers

We find common examples of dependent self-employed workers (TRADE) in the following professionals:

– Maintenance contracts for hotel facilities, for example: electricians, plumbers, masons, etc. These are self-employed workers, who have their own tools and means of work, and who organize their tasks (check-ups, installations, emergencies, etc.) autonomously, but always with the commitment to guarantee the proper functioning of the installations. These professionals receive most of their income from the hotel, to which they dedicate practically the entire working day, but as they are self-employed, they can also do occasional work for other companies or private clients, but without having an establishment open to the public.

– Carriers holding administrative authorisations, whose activity is carried out, by means of the corresponding price, with commercial public service vehicles whose ownership or direct power of disposal they hold, even when said services are carried out on a continuous basis for the same shipper or marketer, which fulfil the requirement of economic dependence, by receiving at least 75% of their income from the same client and who do not have employees working for them.

– Commercial agents. For the purposes of being considered economically dependent self-employed workers, the requirement of assuming risk and venture shall not apply to commercial agents who, acting as independent intermediaries, are continuously or stably responsible, in exchange for remuneration, for promoting commercial acts or operations on behalf of others, or for promoting and concluding them on behalf of and in the name of others.

Advantages for a self-employed dependent

According to the National Federation of Self-Employed Workers (ATA), the advantages of belonging to the economically dependent self-employed are

Coverage of a commercial contract. This is recommended for all freelancers, but is mandatory for TRADEs. This helps to ensure that there are no problems later on. In addition, if the client does not comply with the agreement, an unemployment benefit may be collected.

The self-employed are entitled to unemployment benefit provided they have paid contributions for at least 12 months. A traditional self-employed person has to prove a loss of 10% of income to be entitled to this benefit. On the other hand, a TRADE only has to justify the termination of the contract.

The benefit for cessation of activity of the TRADEs is governed by the regulations common to self-employed workers, with the particularity that they are also in a legal situation of cessation of activity when they cease their activity due to the termination of the contract signed with the client for any of the following reasons

- The self-employed person who is dependent on the employee has the autonomy to choose his or her own schedule, work method and establish a series of conditions in accordance with his or her requirements.
- Family reconciliation. Among the rights of dependent self-employed workers is the adaptation of the working day to their personal situation.
 -Since the beginning of 2020, self-employed and employed parents have been able to take 12 weeks of leave instead of five. Finally, in 2021, the intended equality will be achieved by extending the duration of paternity leave by four more weeks to 16 weeks.
 -Maternity leave. A woman who is financially dependent is entitled to maternity leave, even if she has not paid at least 180 days of contributions in the seven years preceding the start of her leave, or a total of 360 days.
 -As for paternity leave, for all self-employed persons, the required period will be 180 days in the last seven years, or 360 days over the entire working career.

Termination of the contract without penalty. The commercial contract can be interrupted without consequences in cases of force majeure or for having to take care of a minor or a dependent family member.

Overtime and fixed working hours. The contract signed must stipulate the maximum hours per working day and, if necessary, reflect the number of overtime hours. If they are not reflected, the law states that overtime may not exceed the normal working time by more than 30 %.

Statutory holidays. Self-employed dependents are entitled to rest for at least 18 working days per year. This rest may or may not be paid, depending on the agreement with the customer.

As we pointed out at the beginning, this figure does not seem to be attractive either to workers or to employers. On 20 February 2020, an article on economically dependent self-employed workers was published in the newspaper CINCO DÍAS, entitled “EL AUTONOMO TRADE EN CAIDA LIBRE”.
According to this article, the latest records show that during the first nine months of 2019, more than 40,000 economically dependent self-employed workers (TRADE) have left the company compared to 2018.
In the same vein, the Agency EFE highlighted in its portal of companies, the report that CCOO has prepared analyzing the decline of this type of worker, which has gone from 297,000 to 246,000 in just 12 months. It seems that the reason for this notable decrease is related to precariousness and low wages.
Likewise, the CCOO report concludes that the workers’ own organization and the pressures that have been carried out from the trade unions and the Labour Inspectorate to improve the working conditions of this group are the main causes of this decrease and they attribute this fall to the very configuration of the legal figure “Being a figure halfway between an employee and a self-employed person facilitates the situations of false self-employed”. 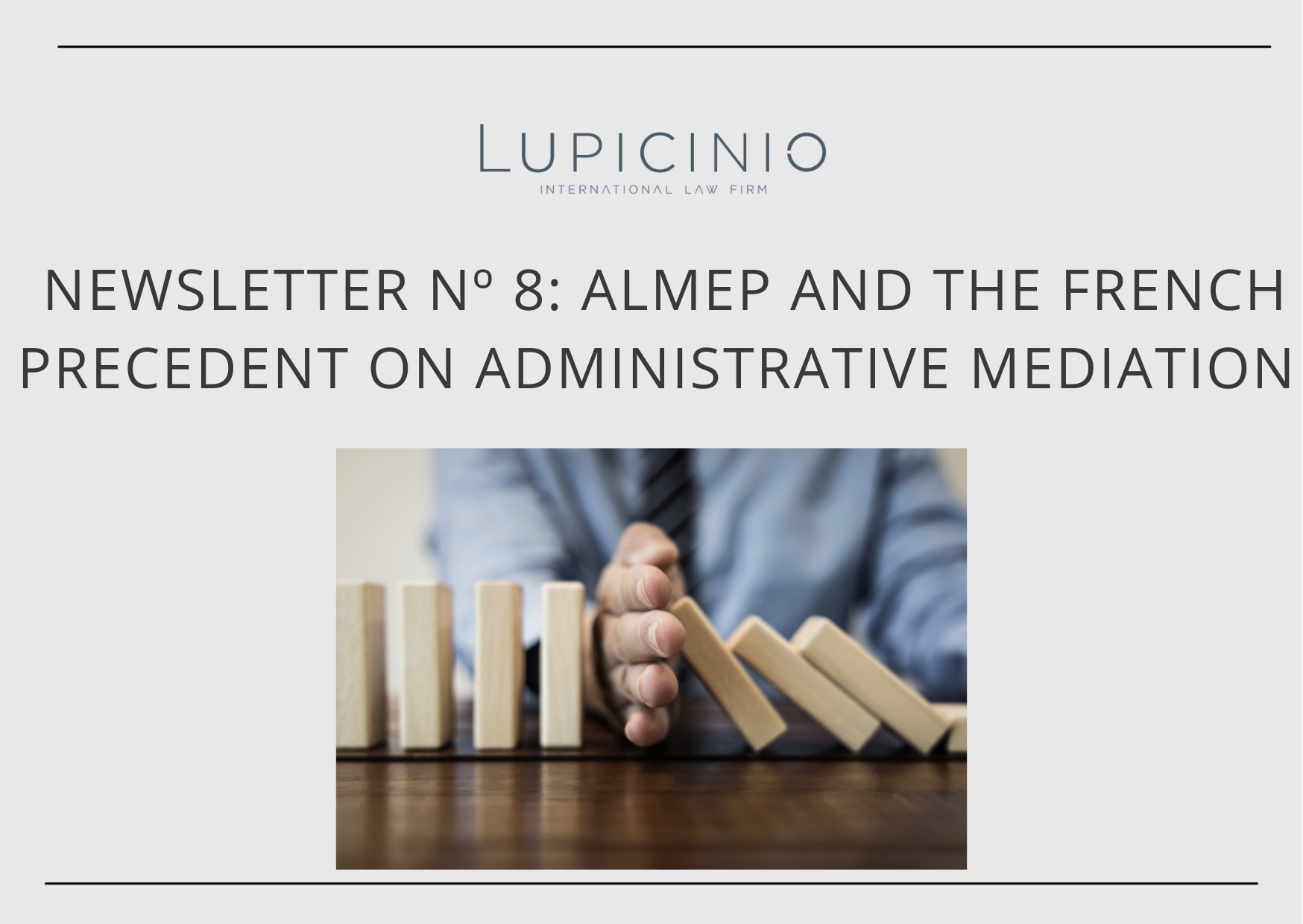 NEWSLETTER Nº 8: ALMEP AND THE FRENCH PRECEDENT ON ADMINISTRATIVE MEDIATION

The Draft Bill on Procedural Efficiency of the Public Justice Service has been mentioned in some of my previous Newsletters. Thus, in the last one, number 7, I highlighted the unanimity in favour of ‘mediation to resolve conflicts with the Administration of Justice, in administrative proceedings, and even when the conflict has been brought before…