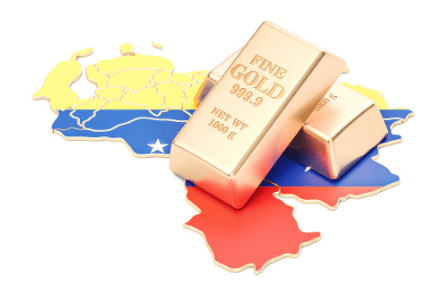 On July 2nd, the High Court of England and Wales handed down a controversial ruling granting control of Venezuelan gold deposited in the Bank of England to representatives of John Guaidó. The Court based its decision mainly on the fact that the British Government recognised Mr. Guaidó as “Interim Constitutional President of Venezuela” and in line with this recognition he should be granted power over the gold in dispute.

The Central Bank of Venezuela (BCV), which operates in line with President Maduro’s government, appealed against the High Court’s decision mainly on the grounds that it was doubtful whether His Majesty’s government had unambiguously recognised Guaidó as Head of State of Venezuela and therefore it was questionable whether it was the BCV board appointed by him that should take decisions on the bullion deposited in England.

We consider the appellant’s allegations to be sound and consistent, since in the United Kingdom there is a paradox in that his Government considers Guaidó to be the “Interim Constitutional President of Venezuela”, a term which reproduces the judgment under appeal, yet at the same time that Government recognises the ambassador appointed by President Maduro and the embassy attached to him as the official representative of Venezuela. If the United Kingdom had taken a clear position in favour of Mr. Guaidó it would have been very easy for it to withdraw the placet from the ambassador and all her diplomatic staff, but it has not done so, since it is aware of the reality of things and has thus incurred a serious inconsistency which contributes to the confusion of all those involved.

The Court of Appeal has reasoned along the same lines, annulling the High Court’s judgement and referring the case back to the High Court for it to be resolved in accordance with the questions raised by it for this purpose. The Court of Appeal starts by describing as ambiguous the treatment accorded to Mr. Guaidó by successive United Kingdom Governments and in this respect raises two questions, the answers to which may be very illuminating and may determine the final judgment: Does the British Government recognise Guaidó as President of Venezuela for all purposes and therefore does not recognise Nicolás Maduro, and does Her Majesty’s Government recognise Mr. Guaidó as the one who has the right to exercise all presidential powers, but also recognises that Mr. Maduro is in fact the one who exercises them?

These are two very reasonable questions – especially the second – which, whatever is finally resolved about the Venezuelan gold deposited in London, must also be answered by the European Union authorities and the governments of its Member States, including Spain. Indeed, at present most European countries are moving in a state of absolute ambiguity at the political level-which is not the case at the governmental level where they recognise Maduro-with respect to the official recognition of those who are the legitimate Venezuelan authorities. This situation is unacceptable, not only on a political level but also in terms of private trade relations, as it forces international trade operators to move in an area of clear legal, legal and economic uncertainty.

See our related articles: JUDGMENT OF THE HIGH COURT OF ENGLAND AND WALES ON THE AVAILABILITY BY THE CENTRAL BANK OF VENEZUELA OF THE GOLD DEPOSITED WITH THE BANK OF ENGLAND