He studied Law and Economics at the University of Deusto in Bilbao and furthered his postgraduate studies at the City of London Polytechnic (London College).

A specialist in Corporate Commercial Law, M&A, Financial Capital Markets, and Industrial and Energy Law, he has a wealth of professional experience, having participated in major corporate transactions related to M&A, takeover bids, financial markets and capital markets.

He has worked as legal advisor in Spanish Law in London, as well as Secretary of Administration of several public and private corporations. During the second half of 1996 he was Acting Director of the Legal Department of Bankia, then Caja Madrid. Since the 1990s, Lupicinio has advocated for the socialisation and privatisation of the savings banks. He was a member of the Committee for Relations with the EEC of the Madrid Bar Association.

Co-author, in collaboration with Professor Alfredo Gallego Anabitarte, of a large body of doctrine in preparation for the liberalising laws on Energy, Industry and Mines. With Professor Mario Fernández he wrote an innovative work on the Liability of Company Directors and in May 2007 he co-wrote the book: ‘Las Cajas de Ahorro. Business Model, Ownership Structure and Corporate Governance where he warned about the regulatory urgency. He is a member of the Steering Committee of the European Association of Financial and Banking Law, of the Arbitration Club and of the National Committee of the ICC. He is also President of SCEVOLA, the Association for Ethics and Quality in the Legal Profession.

RESCUE OF MOTORWAYS IN LIQUIDATION: FUTURE ACTIONS
RECENT EUROPEAN JURISPRUDENCE AND LAWSUITS AGAINST SPAIN IN THE FIELD OF RENEWABLE ENERGIES.
Report following the Judgment of the CJEU (Grand Chamber) of 20.XII.2017.
THE EU-CANADA TRADE AGREEMENT: AN IMMINENT CHALLENGE FOR EUROPEAN COMPANIES.
Unblocking of investitures – Article in ABC
TOWARDS THE RECOVERY OF THE PRINCIPLE OF LEGITIMATE EXPECTATIONS
‘A further observation on the second instance in arbitration proceedings’
Great Lawyers: Civil(I)

CONGRATULATIONS TO JOSÉ LUIS IRIARTE, PROFESSOR AT THE PUBLIC UNIVERSITY OF NAVARRA AND SENIOR COUNSEL AT LILF 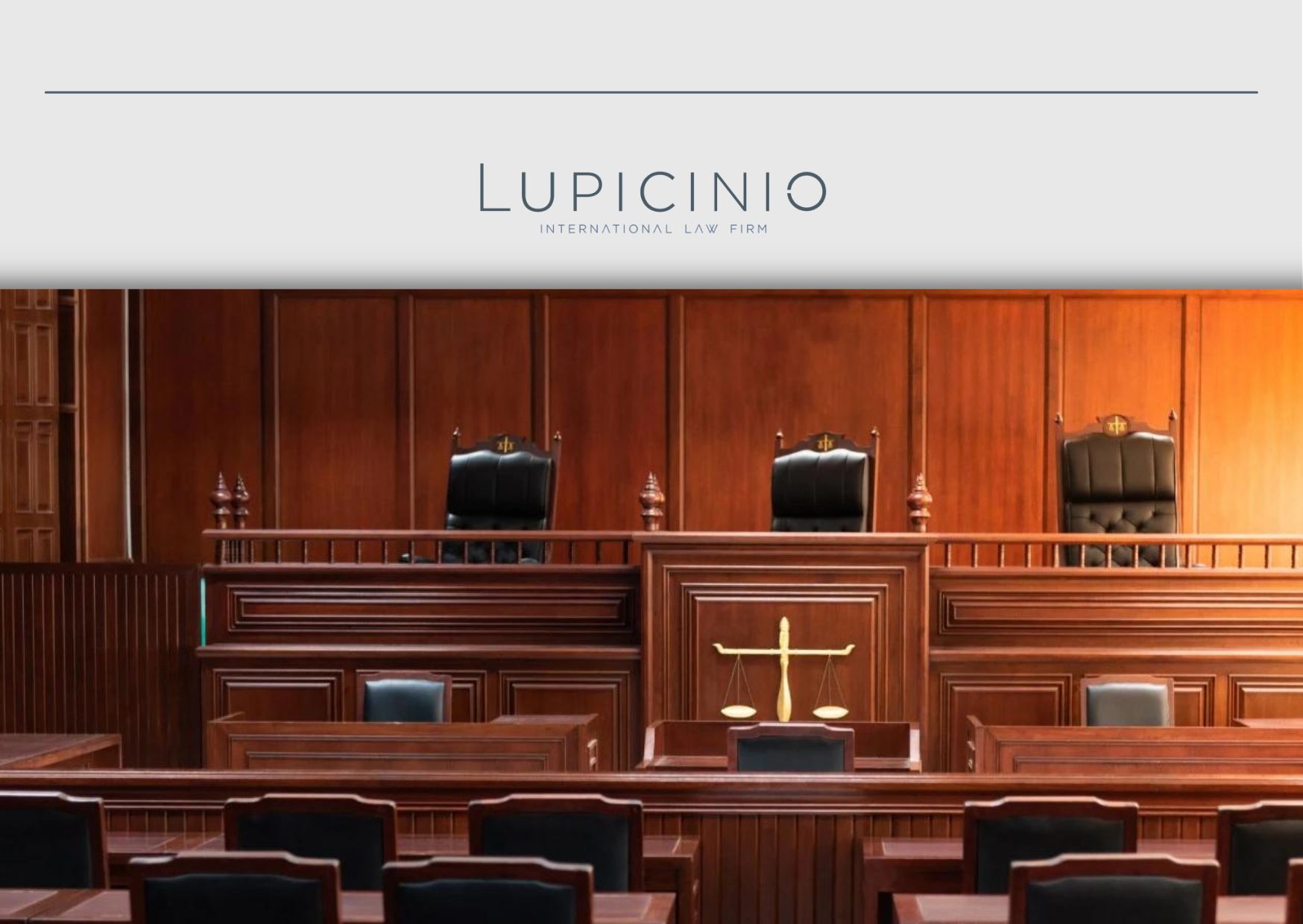 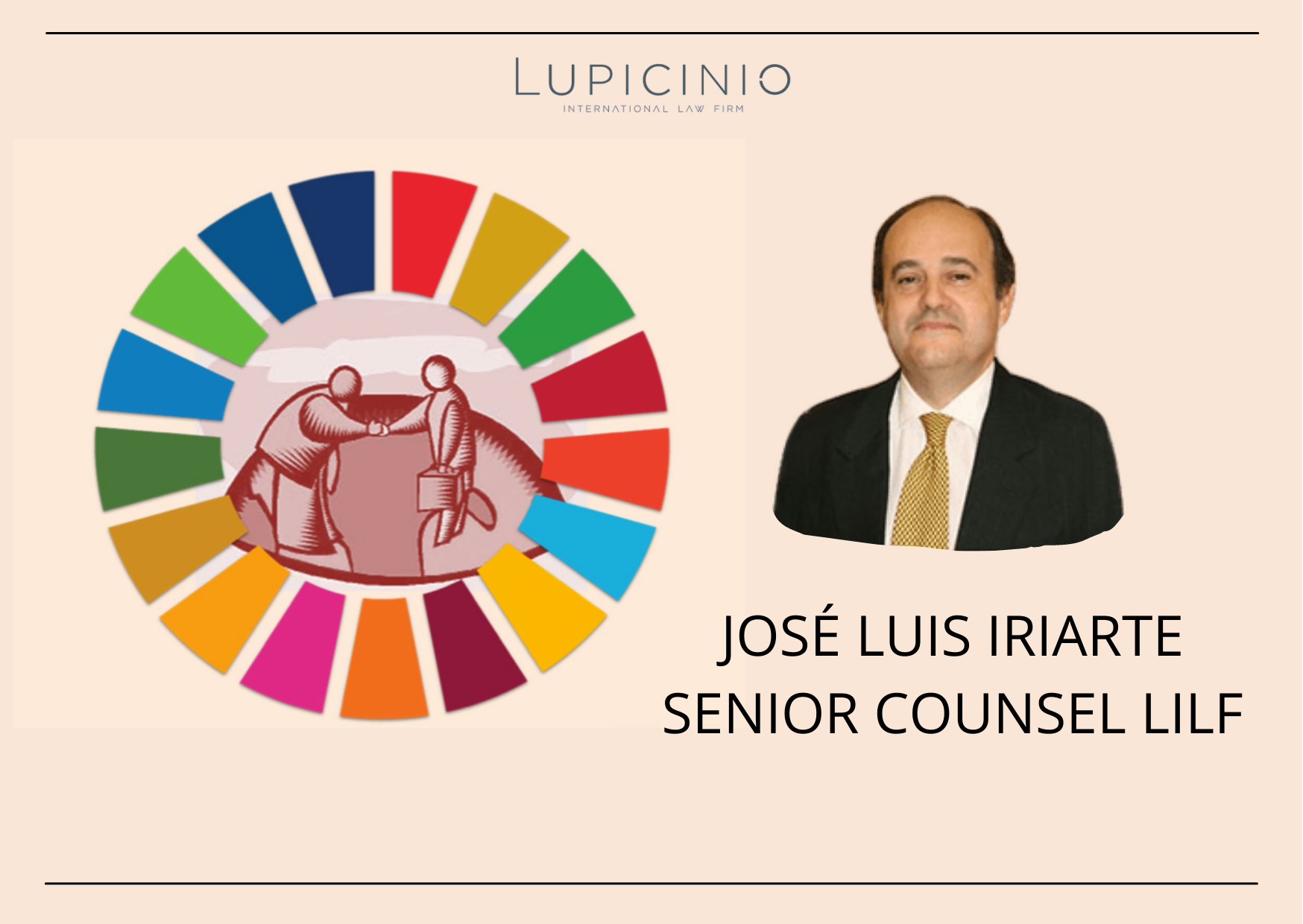 On 15 and 16 June 2022, the International Congress “Challenges of Private Law and Agenda 2030” was held under the direction of the University of Zaragoza, an event in which José Luis Iriarte, Academic and Legal Advisor of Lupicinio International Law Firm, actively participated and presented an interesting paper on the impact of international sanctions… 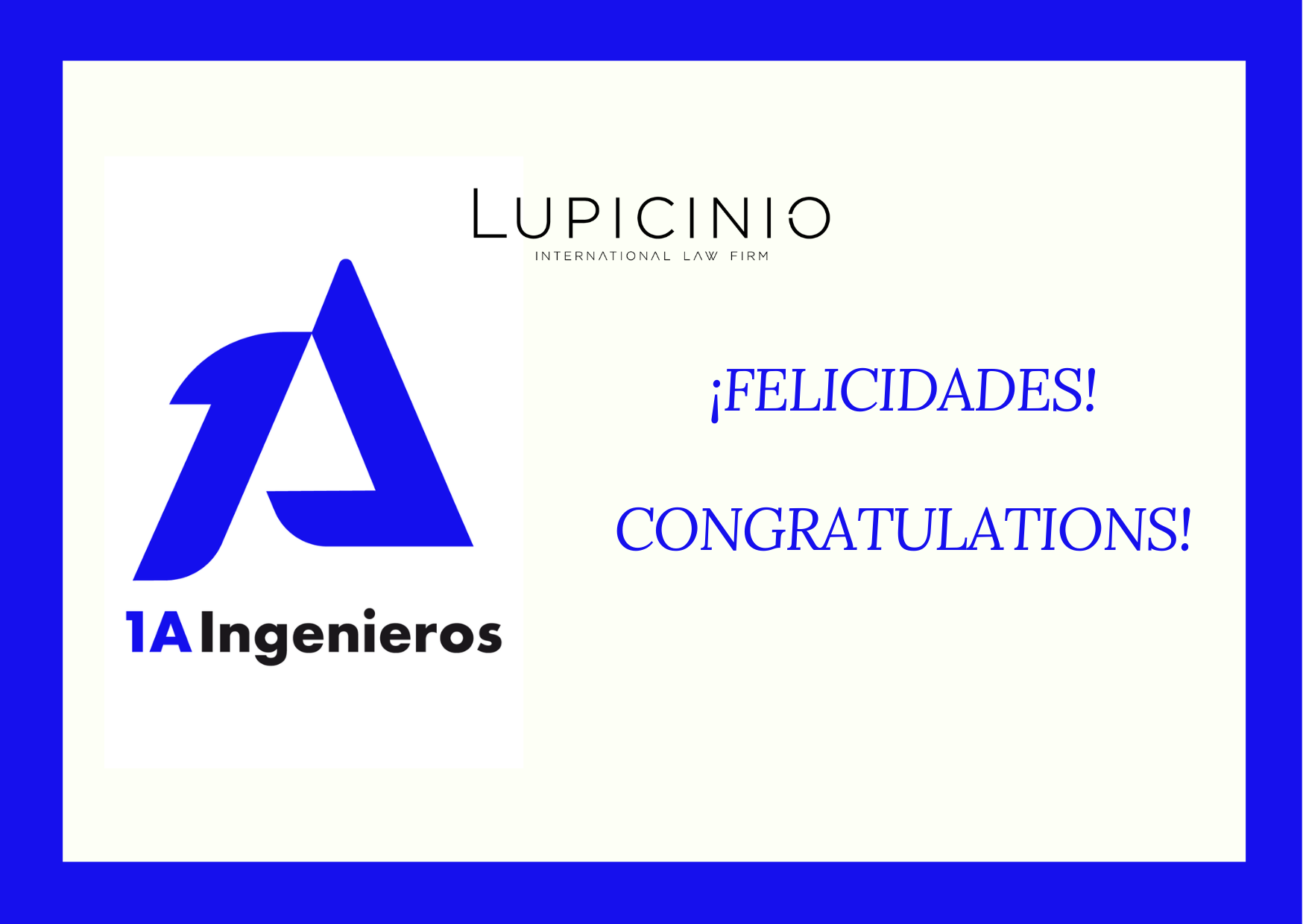 WE CONGRATULATE 1A INGENIEROS ON ITS 25TH ANNIVERSARY

On reaching 25 years of work and commitment, we congratulate 1A Ingenieros, a leader in technological solutions. Since 2005, the team of partners and co-directors of Lupicinio International Law Firm in Valladolid, Marcos Díaz and Felipe Díaz, have worked with great satisfaction in renewable energy projects with 1A Ingenieros. Congratulations! ****** For more information: Lupicinio…