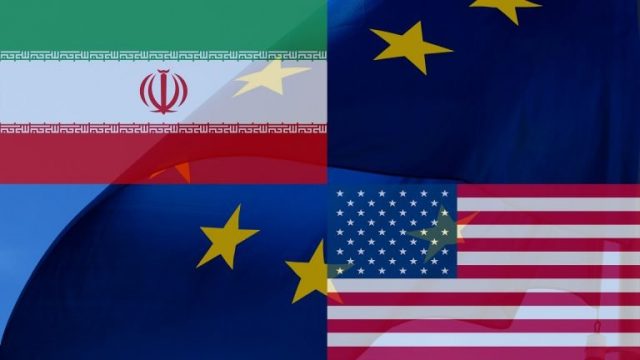 On the 8th May, President Trump announced that the United States was abandoning the Joint Comprehensive Plan of Action (JCPOA), signed in 2015 along with the P5+1 and Iran which suspended many of the sanctions formerly in place against Iran due to their nuclear programme and ballistic missiles.

This decision by the US Administration has the worrying consequence, among others, of reintroducing a number of Secondary Sanctions, that is, those which affect non-US persons, or simply those who have no American nationality or connection with the US. For example, the Secondary Sanctions could affect a Spanish company which has factories in Spain and invests in Iran or business with a certain company in this country.

While the United States continues to be part of the JCPOA, the Secondary Sanctions focus primarily on two important aspects: a natural or legal person is not allowed to use the US financial system in transactions with Iran and cannot export products or technologies to Iran that incorporate US components that exceed at least 10% of their value.

But this situation will worsen substantially. 90 days after the 8th May, on the 6th August 2018, the US will reintroduce secondary sanctions related to A) the acquisition of dollars by the Iranian Government; B) the trade of gold or precious metals with Iran; C) the provision or supply, directly or indirectly to Iran, of graphite, raw or semi-finished metals such as aluminium and steel, coal and software for integrating industrial processes; D) significant transactions related to the sale or purchase of Iranian-rials or the maintenance of significant funds or accounts of rials outside of Iran; E) the purchase, subscription or facilitation of the issuance of Iranian sovereign debt; F) the Iranian automotive sector.

It must also be added that, no later than the 5th November 2018, the sanctions will be reintroduced to certain individuals and legal entities included in the List of Specifically Designated Nationals and Blocked Persons (SDN List) and in other lists maintained by US authorities on the 16th January 2016. From the moment of the reintroduction, the realisation of transactions with said natural or legal persons could imply the imposition of sanctions.

All these secondary sanctions, which could affect any company even though they have no relationship with the United States pose a serious problem when it comes to operating with Iran and, therefore, must be taken into account by any Spanish company.

Logically, this situation worries not only the European Union, but also many other countries that have commercial or investor relations with Iran. These countries are seriously worried by the future the US have drawn. For this reason, on the 6th July 2018, the Joint Commission of the Nuclear Agreement with Iran (the European Union, China, France, Germany, Russia, the UK and Iran) issued an important statement expressing a joint and solid position in regard to the US decision to abandon the Nuclear Agreement with Iran and reintroduce sanctions including secondary sanctions.

The Joint Commission states that Iran is fulfilling its commitments and that it is therefore necessary to safeguard and maintain the Nuclear Agreement. As a result, the Commission intends to continue with the normalization of trade and economic relations with Iran. The participants in the meeting affirm their commitment in relation to the following objectives:

We cannot forget that this was a statement, therefore it is merely a manifestation of their desire to act and behave in a certain way, but it is not a document with legal force and so, to know its real effectiveness we will have to wait to see what measures will be used to implement it.

But the statement refers to two aspects that undoubtedly will have important legal consequences. The first is that the European Union is in the process of updating its Blockade Statutes, also called Antidote Provisions, to protect the European companies by alleviating extraterritorial effects. This regulation is expected to be enacted before the 6th August, when the first reintroduced secondary sanctions come into force. It will be important to be very attentive when analysing its content and to clearly discern the protection it offers to natural and legal European persons.

The second aspect is that the European Union is updating the authorisation for the European Investment Bank (EIB) in terms of credit coverage with Iran. In this regard, the European Parliament has already adopted, at first reading, the Commission´s Delegated Decision that includes Iran in the list of countries eligible to receive EIB investments. But we must bear in mind that the Delegated Decision does not oblige the EIB to work with Iran.

With all its limitations and partialities, these measures should contribute to preserving the Nuclear Agreement with Iran, and to building a relatively protective framework for European companies.