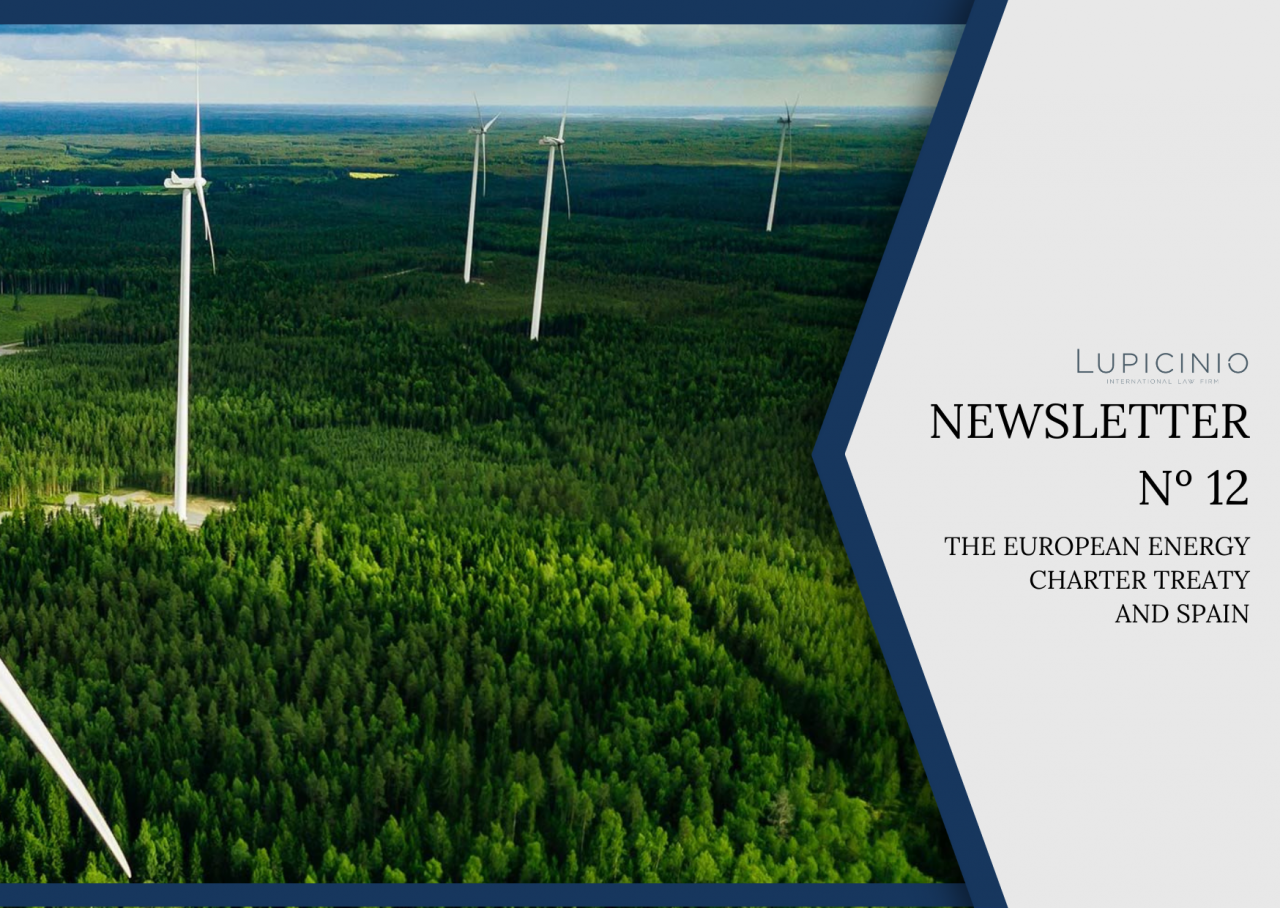 Spain has suffered a lot, but has also benefited, with the 2016 “European Energy Charter Treaty”, which it signed and ratified, with all the member countries, the “European Union” itself and about twenty other countries, a clear reflection of its attraction, at least at first, called to create a great European energy space ensuring investments aside from any political, economic, or legal differentiation.

The question now is whether its demolition has begun, undoubtedly due to the contradictions, denounced by a growing number of countries, between its objectives and those of the “Paris Agreement”.

Aware of this, the “European Commission”, through the Charter’s international secretariat, promoted a process of modernisation of the text to overcome the main divergences between an article that sought to attract and secure foreign investment in the field of energy, and another that has set strict rules and deadlines to eliminate ‘fossil energy’ and comply with the mandate in favour of ‘green energy’.

Despite the progress made – Austria, for example, has continued to defend the almost completed modernisation process – “it has created better protection for investments in renewables and accelerated the energy transition” – and the Commission‘s strong advocacy, on 22 November the planned vote at the Mongolia Conference on the new improved text was suspended after much effort, as it became clear that the majority needed for its adoption would not be achieved, and the issue was postponed to the next meeting in March 2023.

Let us recall the announcements of withdrawal from the Charter, initiated by Italy as early as 2016, to which France, the Netherlands, Spain, Poland, Slovenia, Luxembourg, and Germany have been added in recent months, always in crescendo.

It is true that the denunciations have generated their own controversy. Made in accordance with the “Vienna Convention on the Law of Treaties”, and specifically with Article 62, which requires, as a precondition for its validity, that the “change of circumstances” would be “unforeseeable“, “essential“, and “radical”, to the point of making its application “unbearable“. Against the doubts of the Charter’s defenders as to whether or not this is the case, the complainants defend, above all, their new sovereign obligations to ‘combat climate change’.

Another controversy, which is even more difficult to reach a consensus on, arises around the “sunset clause” of art. 47 of the Energy Charter Treaty (ECT), which provides that the envisaged investors protection would be applicable for 20 years following withdrawal. If, for the most orthodox, it is appropriate to respect what has been agreed – something that can be demanded by application of the legal principles that inspire Vienna – for more ‘up-to-date’ interpreters, it would be illogical to oblige the countries that have denounced the entire text to respect this clause. Others have gone so far as to suggest the need for a ‘double renunciation’, first of the Treaty and then of the aforementioned clause, apart from those warning about drastic attitudes that will jeopardise the billions in private investment that the proper functioning of the ‘energy transition’ in Europe will require.

Now, if I had to forecast what will finally happen, I am inclined to answer with a yes to the question posed by Dean Ehrlich in the TAO Newsletter (“Transnational Arbitration Observer”) on 25 October: Has the rush to exit the embattled Energy Charter Treaty crossed a threshold of no return?

Having written the above, I will proceed to comment on the certainly quite peculiar case of Spain. I will start from my notes on an interesting Seminar organised by the “Spanish Arbitration Club”, at the “Cuatrecasas” Law Firm, on 17-7-2019, after the third Vice-President, Teresa Ribera, had referred, certainly in alarmed tone, to “42 arbitrations against Spain for an amount of 10,000 million euros”. Almost a year later, there were already, according to the rapporteur professor Patricia Saiz, “46 claims, 33 before the ICSID, 10 before the ICC and 3 before UNCITRAL, discounting the 10 awards already pronounced.”

I would like to highlight the energetic, and in my opinion correct, defence of our ‘State’s Lawyers’ against the demands of foreign investors, greatly strengthened by the pronouncement of the CJEU in the Achmea case, which would lead to the stop of, for example, the 128 million compensation payment fixed by the Permanent Court of Arbitration (PCA) in the 9REN case. The then Head of International Arbitration at the relevant Ministry, José Manuel Gutiérrez, was able to explain the existence of a ‘market risk inherent to regulatory regimes and demonstrate that profitability remained at 7%’, which prevented talk of ‘expropriation’ when referring to the Royal Decree approved by the Zapatero government in 2014, due to the need to reduce the deficit, generated by an excessively ‘generous’ policy to attract foreign investment.

Once the unity of criteria was established in the Declaration by the Member States of 15-1-019, subsequent pronouncements by the CJEU in the KOMSTROY and PL. HOLDINGS cases to ratify the ‘principles of autonomy and primacy of EU law’ that had declared investment arbitration between member countries to be unviable, either through the ‘Bilateral Investment Treaties’ or through the ‘Energy Charter Treaty’.

However, neither Spain’s defensive actions nor offering pacts to claimants have been enough to avoid condemnatory sentences, although enough to avoid or delay payments, as foreign investors have been able to resort to courts that are opposed to recognising the aforementioned principles of European law, or to try to act on Spanish assets outside the Union territory.

As a result, recent headlines such as “Spain, out from the Energy Charter after spate of disputes”, “Spain will leave the Energy Treaty after leaving a trail of defaults”, or, following the publication of the Nikos Lavranos’ Report, “Spain, on the podium of the most non-compliant countries in international arbitration.”

In any case, Spain has justified its denunciation of the Energy Charter Treaty more because of the firm will of this government to take the lead in the energy transformation than for financial reasons. Marina Blaya wrote, in the “Hay Derecho” blog on 11 November, ‘The main Spanish environmental organisations are in favour of the exit, arguing, among other reasons, the incompatibility of this Treaty with the Paris Agreement, or the obstacle it represents for the energy transition’.

The immediate legal landscape will by no means be peaceful and, in this respect, it is difficult to know whether Spain will be among the winners or losers by its exit from an international treaty while ‘climate change control’ takes priority, at least as far as EU member states are concerned, over the historical criterion of ‘protection of foreign investments’.

As I am unable to provide valid conclusions, I have asked a great specialist, Professor José Carlos Fernández Rozas, to close this Newsletter with some personal considerations. I extract from the extensive text he sent me – and which could end up in his valuable Blog – his following reflection: “Is the withdrawal of the ETC really a step forward? Hardly any other international treaty in the field of international economic law has aroused so much controversy, but the reasons behind this intention are politically debatable and legally complex… A complete dissolution of the ETC, including the immediate invalidity of the sunset clause, is politically unrealistic and legally impossible in a very long time. Political honesty demands that these complex decision-making situations to be transparent, but not that the planned withdrawal of the ETC should be presented as a panacea.” 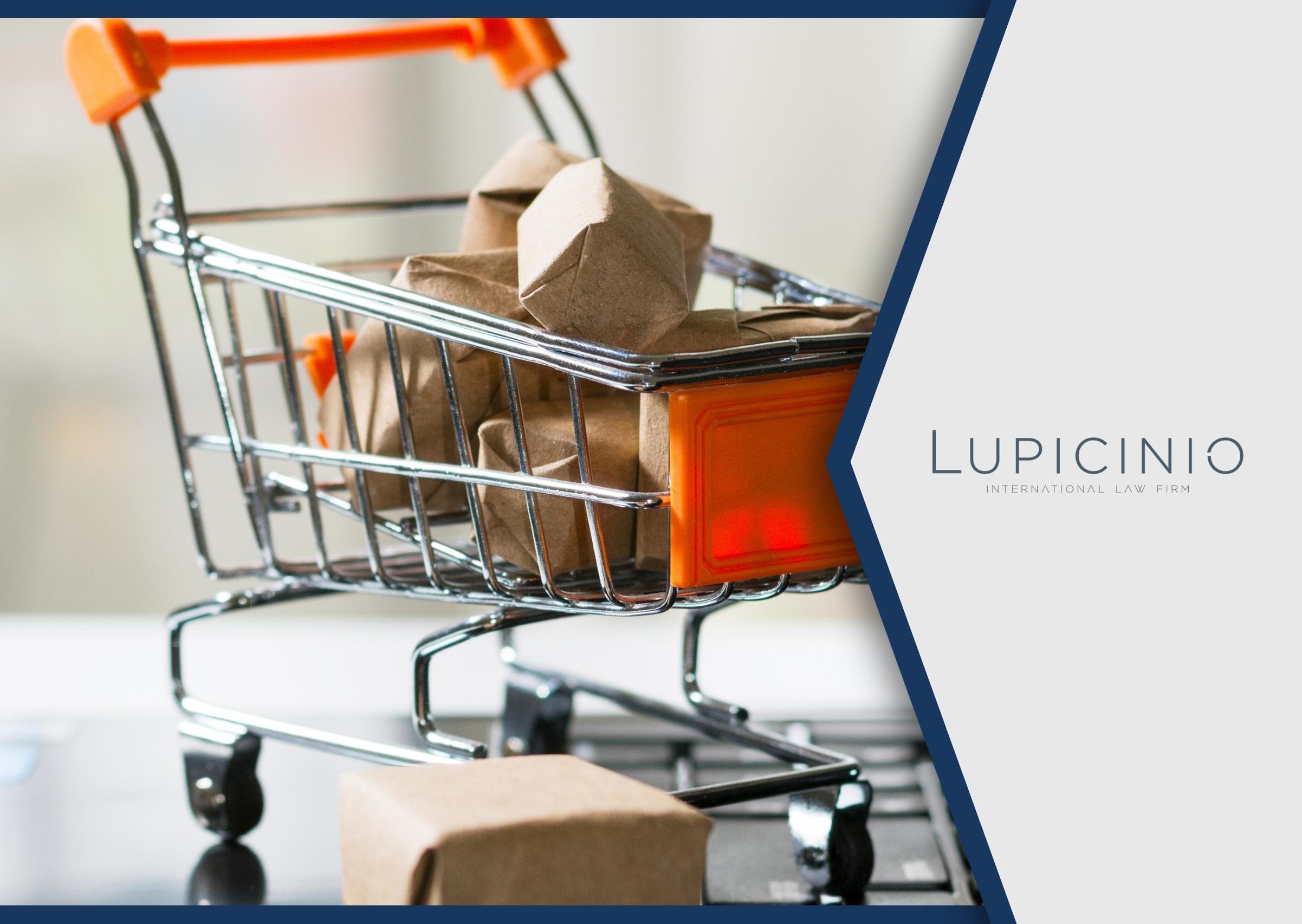 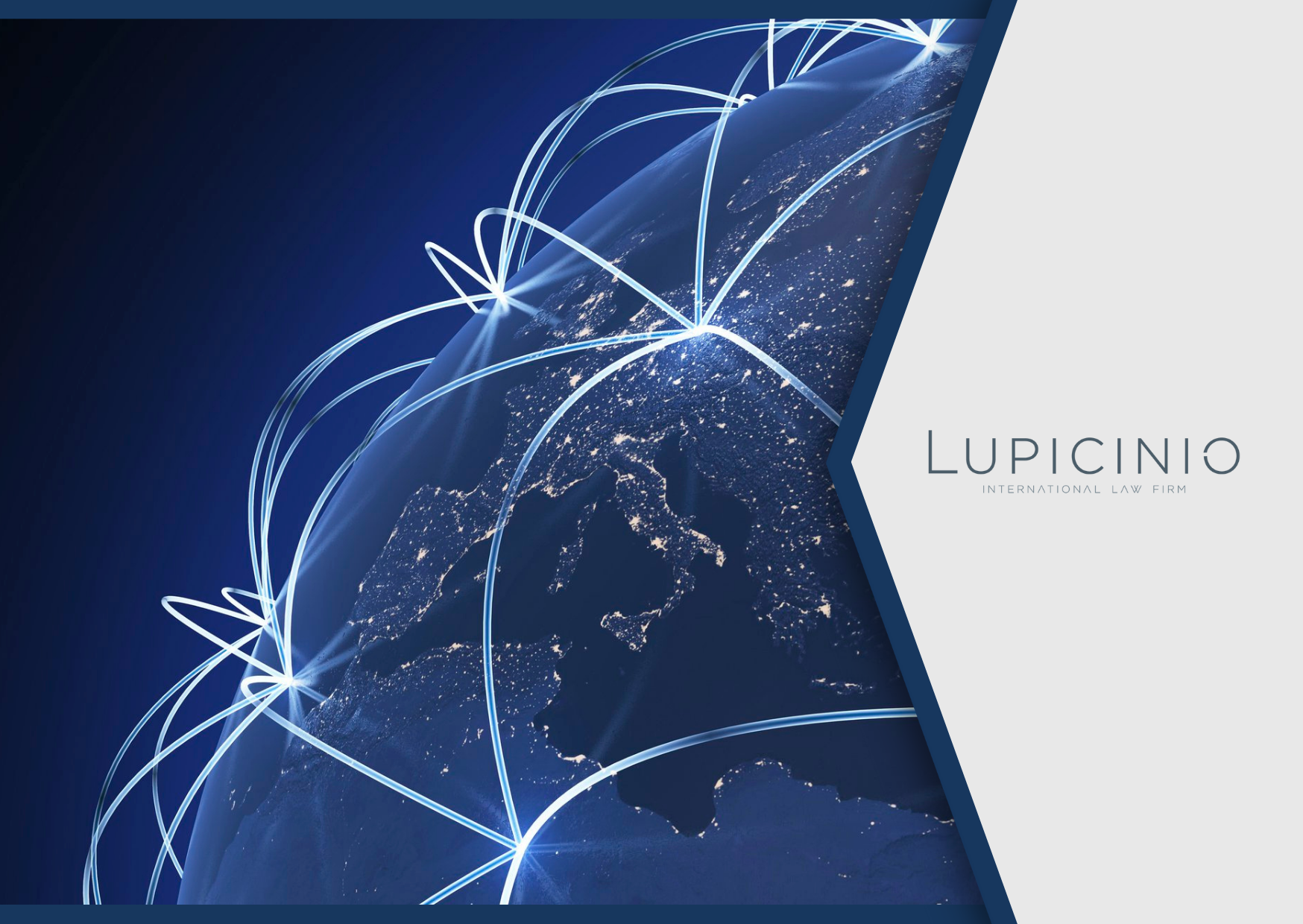 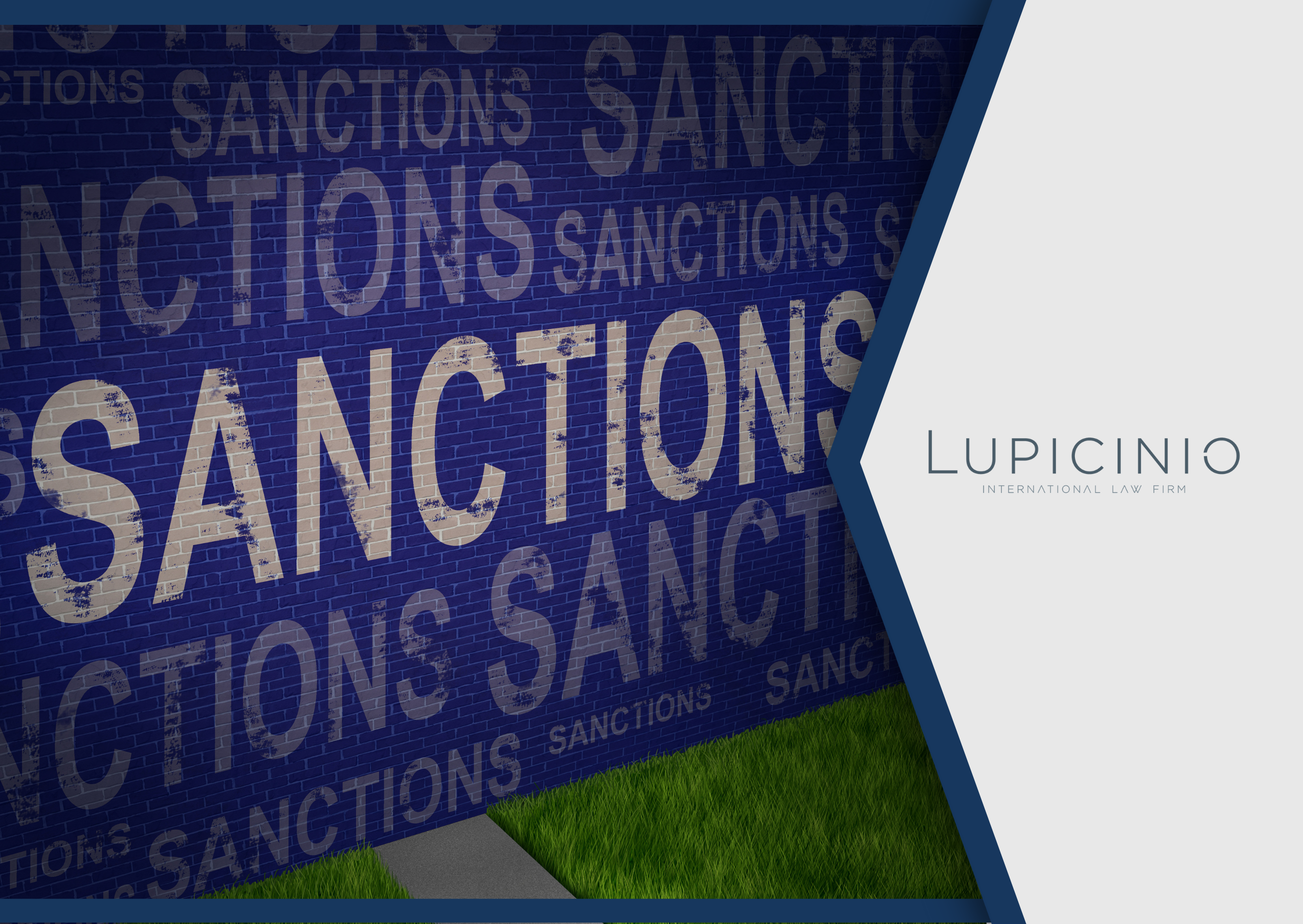 International sanctions have become a very popular instrument of foreign policy. Once limited to a few cases, they now have a broad mandate. In principle, sanctions aimed at addressing gross violations of human rights, stopping arms sales to parties to armed conflicts and supporting peace negotiations are an important political tool. However, there is growing…