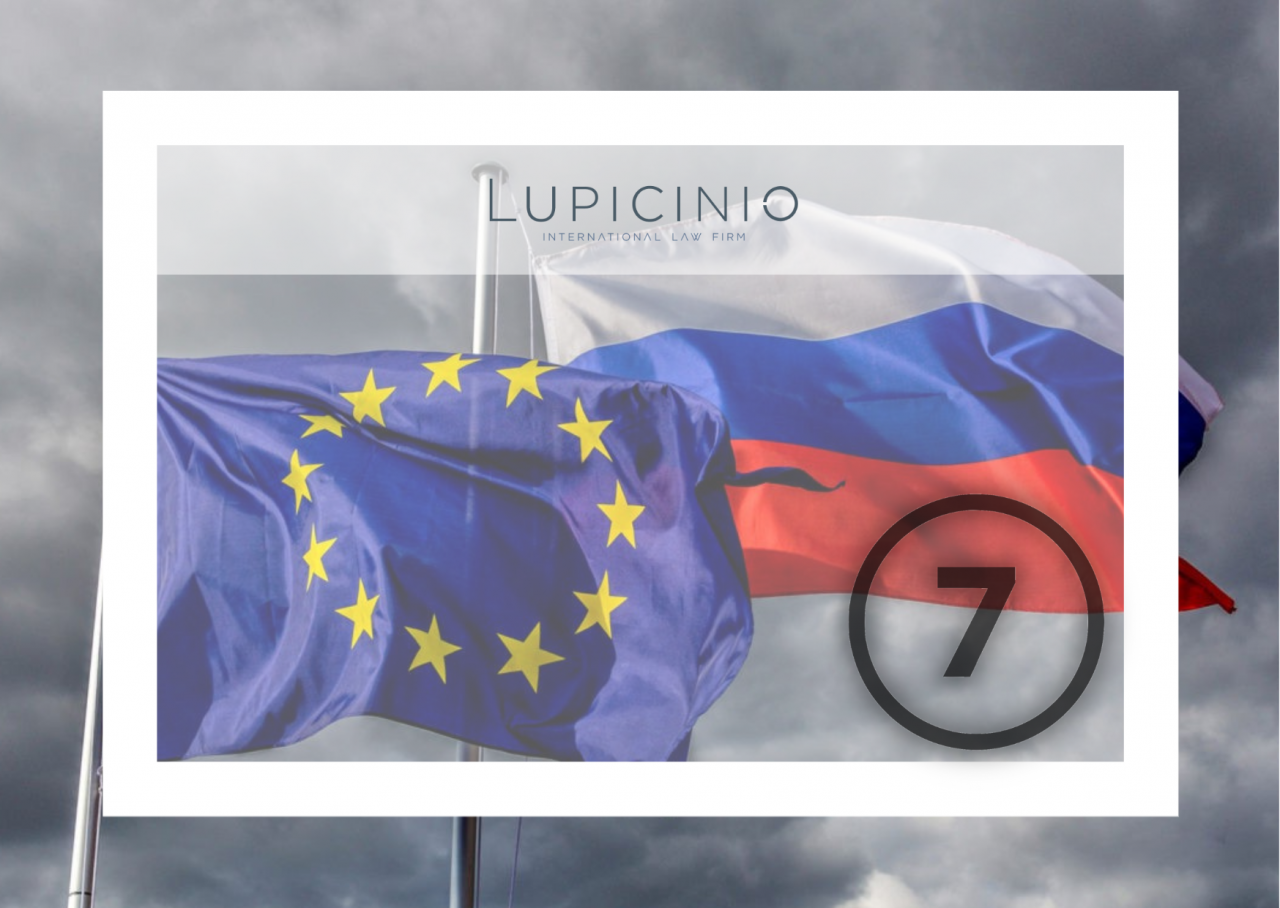 On 21 July several provisions appeared in the Official Journal of the European Union (L193, L194) that have strengthened and, if necessary, modified European sanctions on Russia.

We perceive that, despite the harsh semantics, the seventh package points to a certain exercise in realism on the part of the EU. Evidently, the six previous packages, some of them very severe, have failed to halt or lessen the forcefulness of Russia’s military intervention in Ukraine.

On the contrary, the effects on the international economy and on the quality of life of EU (and unfortunately global) citizens have been devastating. Let us hope that the EU and other sanctioning countries will think calmly – creatively and realistically – so that the approaching winter will restore economic normality by February 2022.

All in all, there are seven provisions, the content of which will be summarised in the following paragraphs, highlighting what is new.

1) GOLD. It is prohibited to purchase, import or transfer, directly or indirectly, gold (including coins, jewellery or rough, among others) as described in Annex XXVI and XXVIII of Regulation (EU) 833/2014, where the gold originates in Russia and has been exported from Russia to the EU or any third country after 22 July 2022. The provision of technical assistance, brokering and other services is also prohibited in relation to these transactions;

2) FISHING. The ban on Russian ships from accessing European ports is extended by now restricting their access to locks located on EU territory, except for the purpose of leaving EU territory;

3) DEPOSITS. The generic prohibition on accepting deposits is now extended in the sense that it is now also prohibited to accept deposits from legal persons, entities or bodies established outside the Union and more than 50% owned directly or indirectly by Russian nationals or natural persons resident in Russia, if the total value of deposits of such natural or legal person, entity or body is, per credit institution, more than €100,000;

4) NEW RESTRICTED EXPORTS. The annexes to Regulation (EU) No 833/2014 are also amended in that the lists of goods whose supply to Russia is restricted are extended. Both previously covered and newly included items are listed in Annex XXIII of Regulation 833/2014; and

5) AUTHORISATION CONCERNING AVIATION. On the other hand, however, the exchange of information aimed at establishing technical standards within the framework of the International Civil Aviation Organisation regarding products and technologies suitable for use in civil aviation or space industry and jet fuels and fuel additives, the supply of which to Russia is prohibited, is authorised in Article 4d of Decision 2014/512/CFSP and Article 3c of Regulation (EU) No 833/2014;

6) AUTHORISATIONS FOR PHARMACEUTICALS, AGRO-FOODSTUFFS and FERTILISERS. Two important exceptions to the ban on transactions with Russian public institutions or with legal persons and entities controlled by the Russian state are introduced:

a. AGRI-FOODSTUFFS, PHARMACEUTICALS AND FERTILISERS. This first exception concerns transactions that are necessary for the purchase, import or transport of pharmaceutical, medical, agricultural and food products, including wheat and those fertilisers whose import, purchase and transport are permitted under the regulations themselves. The derogation on the authorisation of these products is determined by the need of the Member State requiring it. It is also important to highlight that fertilisers must be those expressly permitted in XXIII of Regulation 833/2014 ; and

b. EXCEPTION RELATED TO THE JURISDICTIONAL ORDER. The second exception concerns any transactions with Russian public entities that are strictly necessary to secure access to judicial, administrative or arbitral proceedings in a Member State, as well as to obtain or secure or obtain exequatur of judgments or awards (in general) in a Member State, provided that such transactions are consistent with the objectives of Regulation 269/2014.

Decision (CFSP) 2022/1272 and Implementing Regulation (EU) 2022/1270, add to the lists of subjects whose property is frozen and in respect of whom no assets or funds may be made available to them, 48 natural persons (politicians, military – National Guard – businessmen, pro-Russian activists and actors) and 9 legal entities of a very varied nature (port and defence-related companies, a nationalist motorcycle club, public entities operating in the post-Soviet space, a social movement), including the very important bank Sberbank.

In addition, 6 natural persons and 1 legal entity have been included in the sanctioned lists for involvement in the recruitment of persons, mainly Syrians and Palestinians, to fight in Ukraine.

Regulation (EU) 2022/1273, which amends Regulation (EU) 269/2014 (as always in relation to the adoption of restrictive measures in respect of actions undermining or threatening the territorial integrity, sovereignty and independence of Ukraine), introduces notable changes:

1. FUNDS IN SBERBANK. First, it authorises the release of frozen funds and the making available of certain economic resources to sanctioned natural and legal persons. In this regard, the competent authorities of a Member State may authorise, under such conditions as they determine, the release of funds or economic resources in Sberbank or the making available of such funds or resources, if it is determined that the funds or resources are necessary for the completion, by 22 August 2023, of transactions and contracts entered into with Sberbank before 21 July 2022.

2. TRANSACTIONS CONCERNING SBERBANK. Similar authorisations may also be granted in respect of Sberbank where the funds or resources are necessary for the completion by 31 October 2022 of an ongoing sale and transfer of ownership rights belonging directly or indirectly to that banking institution in favour of legal persons, entities or bodies established in the European Union.

3. Authorisations of the same nature may be granted where the release of the resources is necessary for the urgent prevention or mitigation of an event that may have a serious and significant impact on human health and safety or the environment and the proceeds of such release are immobilised.

4. EXEMPTIONS FOR RELEASE AND MAKING AVAILABLE OF FUNDS IN SANCTIONED ENTITIES. The release and making available of funds or resources of 8 sanctioned Russian banks (Bank Rossiya, Promsvyazbank, VEB.RF, Otkritie FC Bank, Novikombank, Sovcombank, VTB Bank and Sberbank) may be authorised after having determined that such funds or economic resources are necessary for the purchase, import or transport of agricultural and food products, including wheat and fertilisers.

5. WAIVERS FOR THE RELEASE AND MAKING AVAILABLE OF FUNDS OF SANCTIONED PERSONS. Finally, the relevant authorisation by State authorities for the release or making available of property or funds of sanctioned persons may also be granted when those authorities determine that the funds or economic resources are necessary for the sale and transfer, until 31 December 2022, or within six months of the imposition of the sanction if later, of property rights in any legal person established in the EU, where such property rights are owned directly or indirectly by any natural or legal person, entity or body listed in Annex I to Regulation (EU) 269/2014.

The new Article 8(1)(a) provides that, subject to the applicable rules on disclosure of information, confidentiality and professional secrecy, any natural or legal person shall provide the competent authorities of the Member State of residence or establishment immediately with any information that would facilitate compliance with the Regulation, such as information on funds and economic resources, within the territory of the EU, owned, held or controlled by sanctioned persons and not treated as frozen by those obliged to do so.

In addition, competent state authorities, including administrators of official registers in which natural and legal persons, entities and bodies, as well as movable or immovable property, are registered, will exchange information with the authorities of other Member States and the Commission.

In conclusion, this new package of sanctions makes European sanctions legislation against Russia even more complex, obscure and paradoxical, highlighting the doubts and contradictions of the EU authorities when acting in this field.

After analysing this new package of sanctions, we believe that analogy could be used as a means of reinforcing the arguments that will be put forward in the defence of our clients when it comes to the sectors that are the object of a singular exception (referring to eight financial institutions) by the EU. Thus, companies/individuals whose economic activity is one of the activities exempted in article 5 bis bis 3. f of Regulation 833/2014 can present the European Union with an additional argument (analogical interpretation) that increases the legitimacy of their activities and the unjustified nature of the sanctions imposed. If the ratio juris of the provision is the need to provide resources necessary for the purchase, import or transport of agricultural and food products, including wheat and fertilisers, it should be irrelevant whether the resources ARE owned by one of the eight banks mentioned or belong to an individual or company, whether or not it is sanctioned.

On the other hand, it should be stressed that the scope of the prohibition on accepting deposits has been extended to include deposits from legal persons, entities or bodies established in third countries and majority owned by Russian nationals or natural persons resident in Russia. There does not appear to be any restriction on the number of deposits opened, nor any qualification as to the affiliation of depositors. In addition, the acceptance of deposits for cross-border trade not currently prohibited now becomes subject to prior authorisation by the competent national authorities.

Finally, it is necessary to highlight that the imposition of the duty of information is reinforced and is configured as another additional element that European bodies take in order to be able to have even more control over all the assets of the sanctioned persons/entities.

We can therefore conclude that this new package of sanctions is aimed at Russia, which highlights the misgivings, contradictions and perplexity of the EU authorities six months after the start of the sanctions bombardment by the EU, its allies and its US parent company. 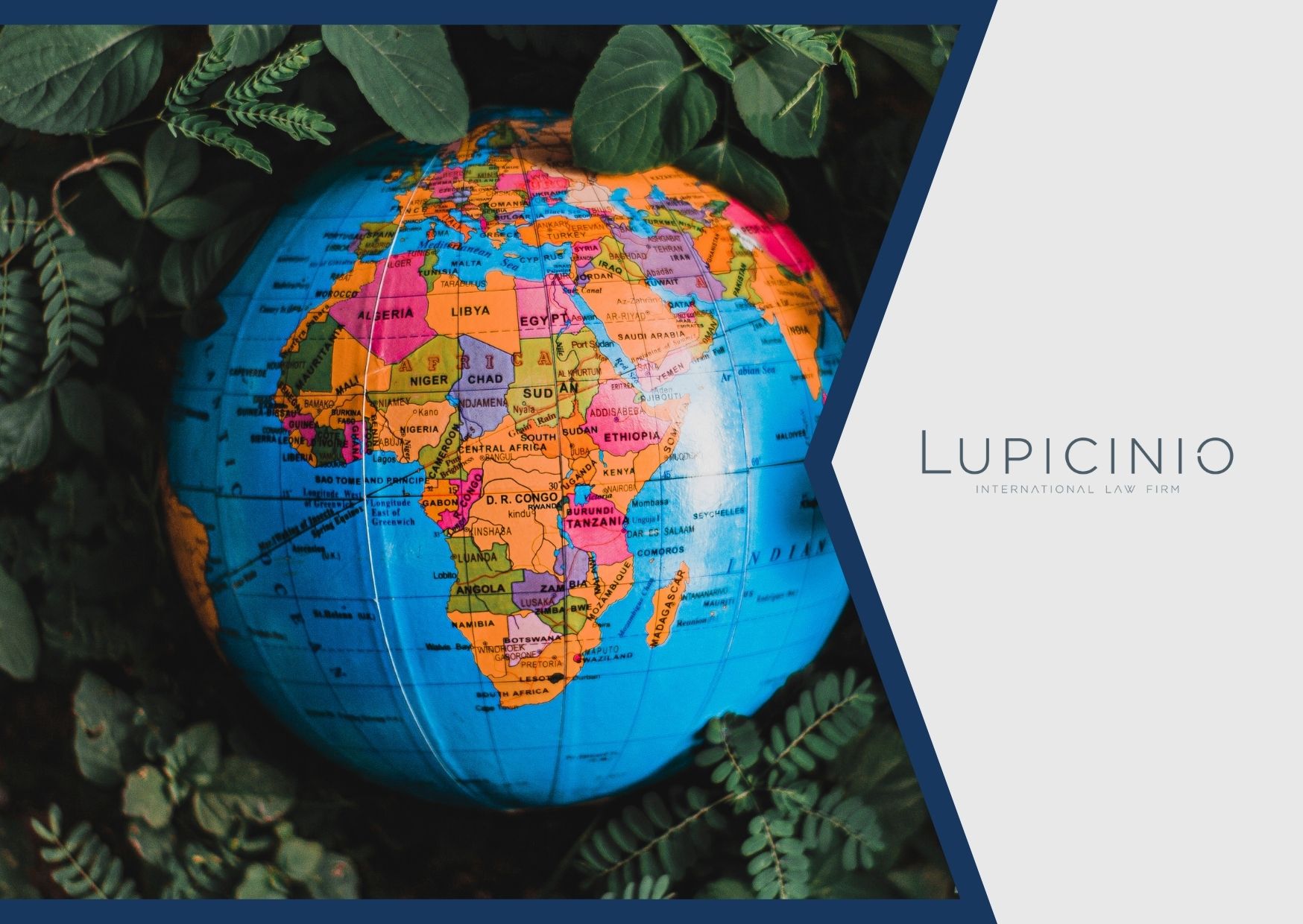 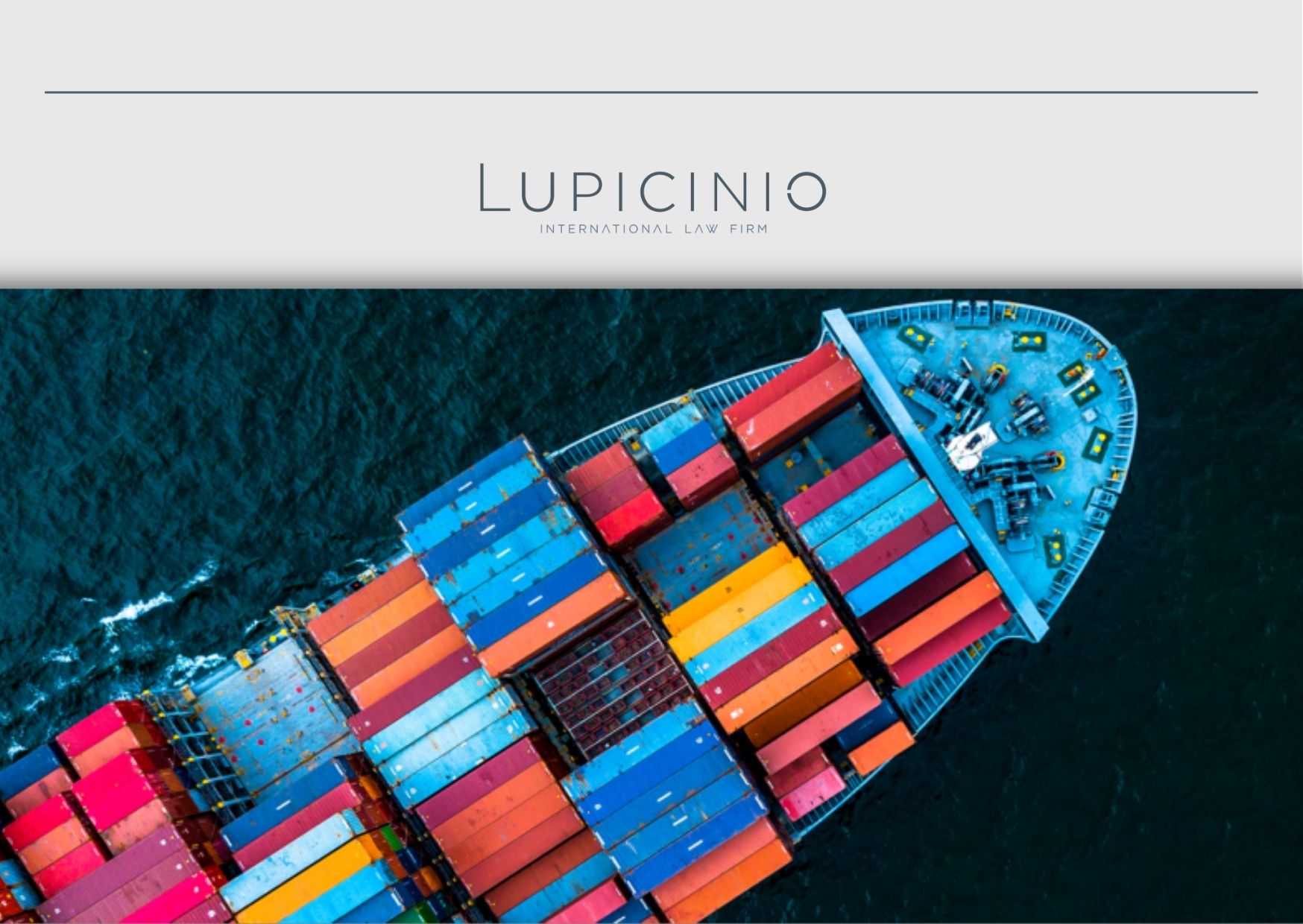