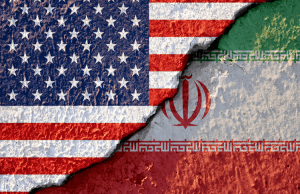 One of the last actions taken by the Trump administration before losing the elections was the imposition by the Office of Foreign Assets Control (OFAC) of five Iranian entities, accusing them of trying to interfere in the 2020 US elections, seizing their assets and prohibiting Americans from doing business with them.  This was announced last Thursday, 22 October, by the US Treasury Department.

OFAC accused these entities of being “components of the Government of Iran, disguised as news or media organisations, whose purpose has been to provoke dissent among the voting population by means of online disinformation and carrying out vicious influence operations dedicated to confusing voters”.

The five entities named by the Treasury Department last Thursday are: the Islamic Revolutionary Guard Corps (IRGC), the IRGC-Qods Force, the Bayan Rasaneh Gostar Institute, also, the Islamic Radio and Television Union of Iran (IRTVU) and the International Union of Virtual Media (IUVM). The Treasury Department says that the two media entities are controlled by the Qods Force.

The Secretary of the Treasury, Steven T. Mnuchin, has stated that the Tehran government has used adulterated narratives and other captious plots to try to intervene in the US elections of 3rd November 2020. Among the activities for which Iran has been accused is the sending of emails containing manipulated information and the use of social networking platforms to distort voters’ opinions.

According to the Treasury, the Bayan Gostar Institute was acting on behalf of the IRGC to disrupt the US elections by exploiting social issues, including the COVID-19 pandemic, and besmirching US political figures. All of this was done weeks before the election with the aim of sowing discord among US audiences.

As a result, the Treasury has seized all assets and interests related to any of the five entities involved and has promised further sanctions against anyone who deals with them. The same fate will befall any foreign financial institution that expressly cooperates with them.

On the same day that the sanctions were made public, Alireza Miryousefi, spokesperson for the Iranian delegation at the United Nations, stated that the United States’ claims were “absurd“, pointing out that Iran has “no interest in interfering in the US elections and no preference for the result“.

previous
INTERNATIONAL SANCTIONS SEPTEMBER 2020
next
Pedro Mouriño, partner in the Vigo office, has been appointed Honorary Consul to the Russian Federation in Vigo.