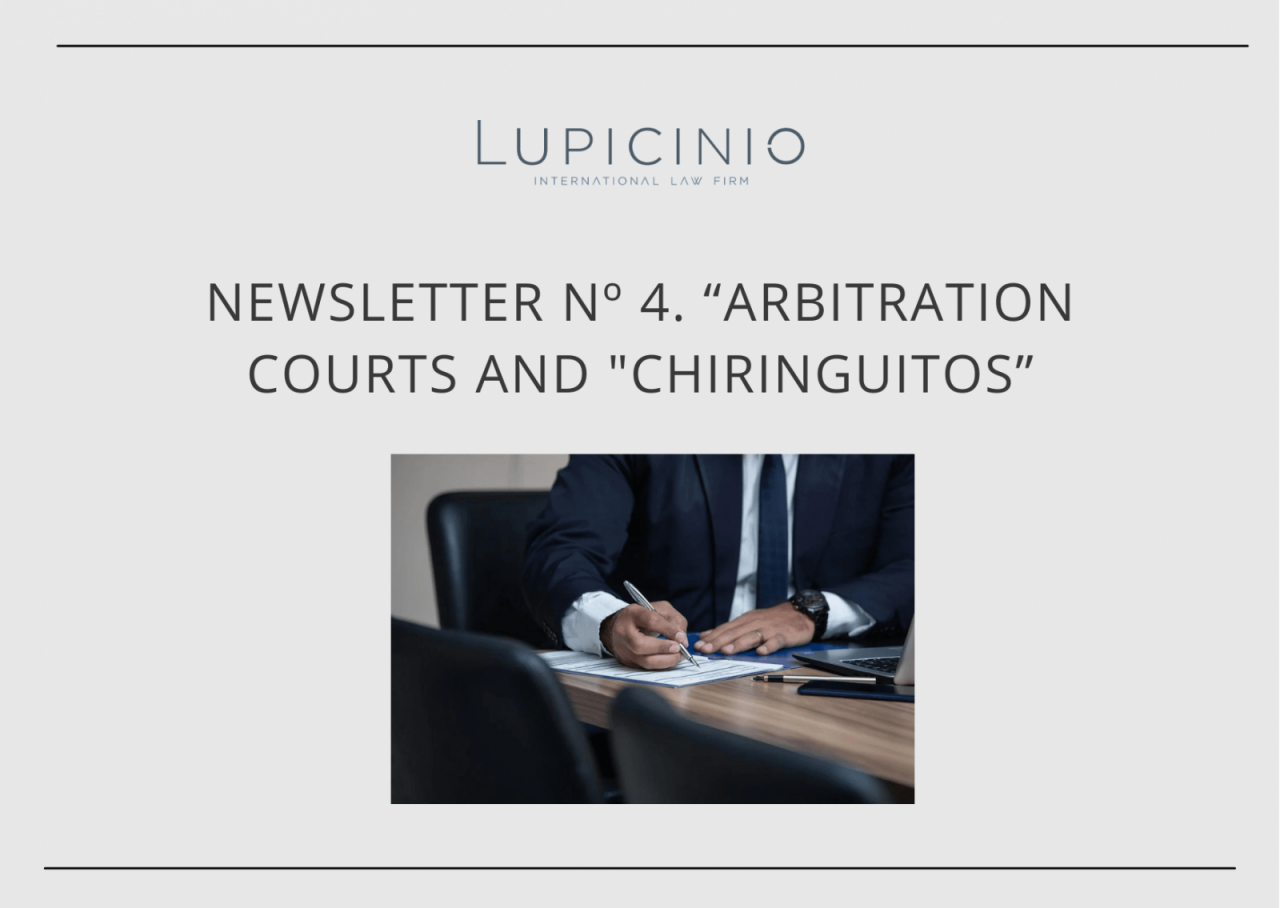 I have always been interested in knowing more about the Arbitration Courts that exist in Spain. I remember how the then Secretary General of the prestigious SCC in Stockholm, Annette Magnusson, when I was the Spanish Ambassador there, spoke to me about the ‘excessive number in Madrid’, pointing out how Sweden had managed to concentrate on a single International Chamber, born to resolve commercial disputes in the middle of the Cold War.

Upon returning to the Foreign Ministry in 2017, assigned to “Marca España”, which was altruistically headed by the very valuable Carlos Espinosa de los Monteros as Secretary of State, I offered to contact the heads of our main Madrid-based Courts, and other experts, to inquire about the pending issue of further integration. I remember the always pleasant interviews with Javier Íscar, Manuel Conthe, Luis Martí-Mingarro, Antonio Sánchez-Pedreño, Juan Serrada, Bernardo Cremades, Juan Fernández-Armesto, and José María Alonso. In the last one, on 4 April 2018, – Carlos Espinosa and I are still waiting for our meeting with Jose Luis Bonet -, the Dean, always very proactive, offered to organise a lunch with the Presidents of the different Courts involved. The idea was to act jointly to better defend the ‘Spanish language’ – one of the main tasks of ‘Marca España’ – but this time in the face of ‘international arbitration’. The political changes that affected the country with the forced departure of Mariano Rajoy prevented that commitment from coming to fruition.

In any case, I had already learned that the preparation of an important Report was progressing at a good pace, from the Commission created by the ‘Spanish Arbitration Club’ to Promote Spain as a Seat for International Arbitration, effectively chaired by the lawyer and arbitrator, Felix de Luis, who was ultimately responsible for the valuable Document published in January 2019. This contained as its main recommendation the establishment by Spain of an ‘Arbitral Institution or Court of Reference in the International Sphere’,

As of today, and as my Swedish interlocutor – who was very pleased – knows, Spain has a very operational “International Centre for Arbitration in Madrid”, (CIAM), about which its President, José Antonio Cainzos, in his successful dissemination campaign, has written an expressive work in the “Arbitration Yearbook 2021”, entitled “Una buena noticia que nos trajo 2020 (good news that 2020 brought us)”, which starts with this positive statement: “For arbitration and mediation, 2020 was a good year. Specifically for the development of these two institutions in Spain, it was an important year”.

He then justifies what he has written by explaining the first steps taken by CIAM and the incorporation of an ‘International Mediation Service’. He also recalls the “successive rulings of the Constitutional Court that represent a resounding endorsement of arbitration by this institution, which is responsible for resolving in the Spanish system the appeals against the judgements of annulment of awards issued by the High Courts of Justice of the different Autonomous Communities”, an issue already commented on in no. 1 of this “Newsletter”.

Before offering the data I have been able to find on the Arbitration Courts existing in Madrid and throughout Spain, I would like to highlight the existence of two different categories according to Article 14 of our Arbitration Law of 2003, on the one hand, “Public Law Corporations and Public Entities”, and on the other hand, “Associations and Non-Profit Entities”.

Professor and prominent international arbitrator, José Fernando Merino Merchán, recently wrote an article on this subject in issue 3, July-September 2020, of the Journal, “La Ley. Mediation and Arbitration“, an article which, although entitled “Institutional significance of the Association-based Arbitration Courts“, also explains, expressly or tacitly, the “Public Law Arbitration Institutions”.

From Merino Merchán’s quick historical overview, one is convinced that it was the ‘corporate courts’ that most developed arbitration in the distant Middle Ages, because there was already, and he quotes the lamented master Manuel Olivencia, “an aversion of merchants to laws and tedious ordinary judicial procedures”.

After the years in which the so-called “Padlock Law” of 1953 was in force, “which prohibited institutional arbitration in any of its two manifestations, whether associative or corporate”, came Royal Decree 1094 of 1981, which “recognised the relevant arbitration services within the Chambers of Commerce as dispute resolution mechanisms”, and then the Arbitration Law of 1988, “when associative-based arbitration institutions began to flourish”, finally reaching art. 14 of the aforementioned Law of 2003.

Although the functions attributed to the ‘associative courts’ may not entirely coincide with those entrusted to the ‘corporate courts’ – namely, self-regulatory function, institutional function, and formative and pedagogical function -, it is clear to the reader that both chambers have similar objectives and have to face identical problems. This is demonstrated when Merino Merchán analyses the ‘different types of liability’ that may arise from an arbitration procedure, both for the institution that carries it out and for the arbitrators involved.

No other conclusion could be reached, if one takes into account that the aforementioned art. 14 3. states that “Arbitration institutions shall exercise their functions in accordance with their own Regulations“, and that the similarity and continuous rapprochement between the two texts existing, at Madrid and national level, in the Spanish Courts of Arbitration, is evident.

It should be added that in the continuous reforms and improvements of the corresponding Regulations, in line with the generic title of these “Newsletters on Arbitration and Mediation”, the addition of Mediation Services is being imposed, as is also happening in the main foreign Courts.

It is not easy to count the number of Arbitration Courts, of one type or another, existing in Spain. The aforementioned report states (page 59), “according to CEA data, there are as many as 46 institutions in Spain. Other sources refer to more than 58 arbitration institutions, 51 of them linked to the Spanish Chambers of Commerce, Industry and Navigation”.

As an Annex, the Report includes an interesting and undoubtedly exhaustive “List of Arbitration Institutions in Spain”, qualified by the exclusion of ‘consumer arbitration institutions’ and ‘administrative arbitration’. In a first section called “Extraprovinciales” it includes the eight mentioned above, plus the ‘Aragonese Court of Arbitration and Mediation’ and the ‘Arbitration and Mediation Board of Castile and Leon’. Then, and ordered “by Provinces”, there are the remaining ones – from the 4 in Asturias or La Coruña, the 3 in Alicante or Seville, the 2, – often one ‘corporate’ and the other ‘associative’ -, in Cádiz, Baleares, or Badajoz, and others with only 1 Court, – of the respective ‘Colegio de Abogados’ or ‘Cámaras de Comercio’ -, in Almería, Ávila, Guadalajara, Guipúzcoa etc. to reach the very high total figure of 89.

We would have arrived, then, at the need to criticise the great frequency with which some and other experts refer to the existence in Spain of many “chiringuitos”, which, seeking a non-offensive definition, would come to be, in the words of the CEA Report (p. 59), “those Courts that lack a minimum of activity in the field of national arbitration, and in international arbitration, in many cases, their presence is insignificant or practically nil”.

In my opinion, their existence, despite their little activity, contributed in any case to bringing the figure of arbitration closer to the small and medium-sized companies in their respective provinces in order to improve their knowledge of this alternative means of conflict resolution. And I believe I am not mistaken if I imagine that on very few occasions they have taken on disputes that were beyond their management possibilities.

It would seem, then, and with this I conclude, that the Spanish arbitration world is not made for “chiringuitos” either, and that those that may still exist will inevitably enter a state of hibernation until their total disappearance.