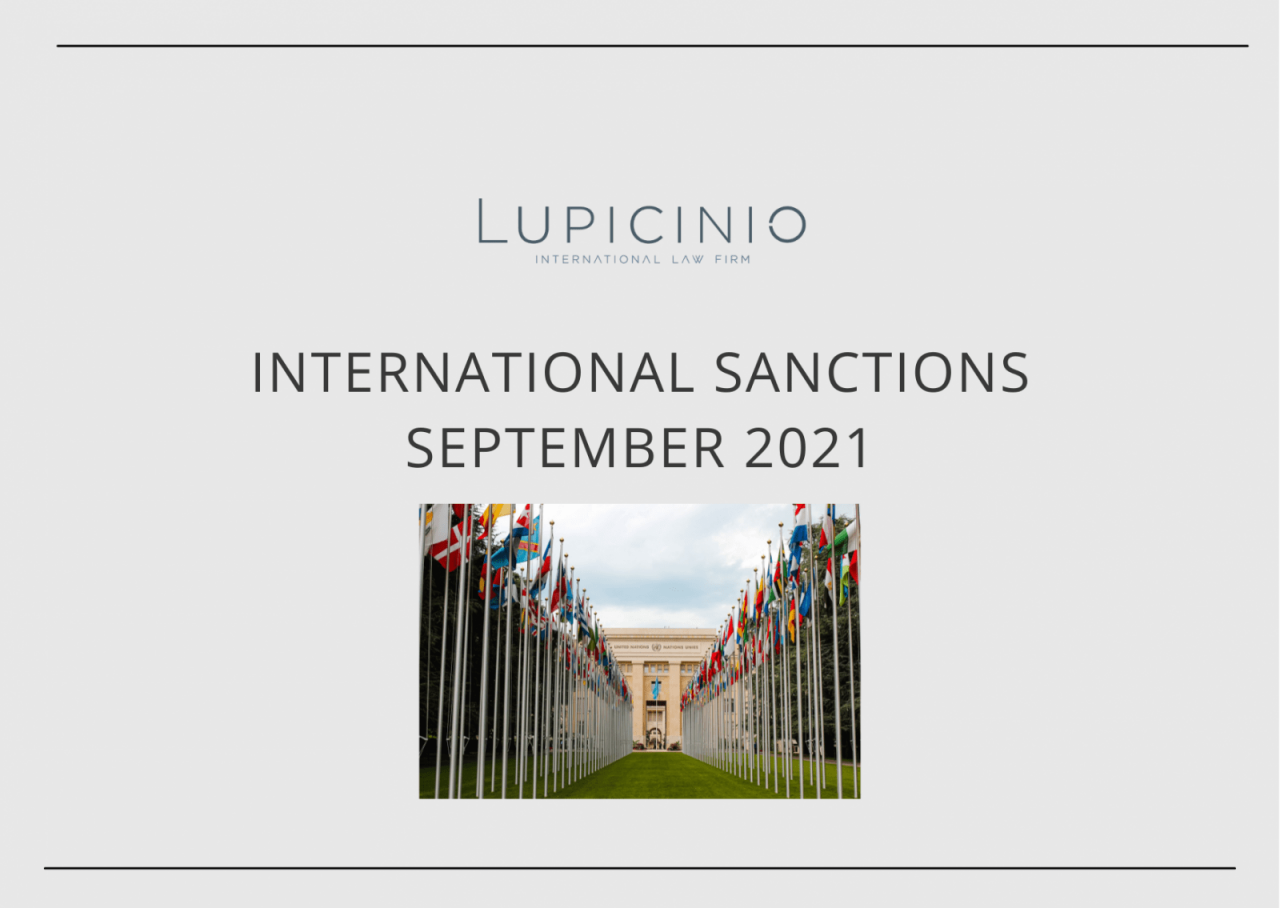 More European investors in Vietnam are considering relocating projects elsewhere if the country’s coronavirus restrictions continue for much longer, the European Chamber of Commerce (EuroCham) said.

A sharp rise in coronavirus cases since late April has seen movement restrictions imposed widely, affecting workers and forcing many companies to suspend operations, which resulted in falls in August exports, industrial output and retail sales.

“What our members need now is a clear roadmap out of these current measures, one which resolves the roadblocks to their commercial operations and gives them a predictable path on which to plan the reopening of their businesses,” EuroCham chairman Alain Cany said in a statement.

Manufacturing, particularly electronics, garments and footwear for major global brands, is a vital part of Vietnam’s economy and a source of several million jobs.

The European businesses urged authorities to accelerate vaccinations, ensure free-flow of goods, ease movement of workers and expedite the processes for vaccinated business leaders and investors to enter the country. Vietnam has one of Asia’s lowest vaccination rates, with only 4.3% of its 98 million population inoculated.

“Vietnam will continue to listen to the opinions and proposals of European businesses … and is willing to meet their demands under permissible conditions,” Chinh said in a statement.

THE EU REJECTS REWORKING OF THE AGREEMENT WITH NORTHERN IRELAND.

The European Union rejected a British demand to renegotiate their deal governing the trading position of Northern Ireland, saying that to do so would only bring instability and uncertainty. European Commission Vice-President Maros Sefcovic, who oversees EU relations with post-Brexit Britain, said on Friday that the Northern Ireland protocol needed to be properly implemented.

“A renegotiation of the protocol – as the UK government is suggesting – would mean instability, uncertainty and unpredictability in Northern Ireland,” he said in a speech at Queen’s University in Belfast.

Under the protocol, Britain agreed to leave some EU rules in place in Northern Ireland and accept checks on goods arriving from elsewhere in the United Kingdom, in order to preserve an open land border with EU member state Ireland.

The arrangement has effectively placed a border in the Irish Sea, angering pro-British unionists who believe it divides them from the rest of the United Kingdom and complicating the 1998 Good Friday Agreement that ended three decades of violence. The commissioner said the two sides should continue discussions to limit the impact of the protocol on everyday life in Northern Ireland, while maintaining its special access to the EU’s internal market.

Under EU rules, imported food products are subject to certification and checks, while sausages and other chilled meat products cannot enter the bloc. For now, the EU has accepted British extensions to grace periods for such changes.

The commissioner said he recognised Britain was unlikely to accept the EU’s “ready-made” solution involving the alignment of agri-food rules that would remove most checks, but that with goodwill a fix could be found using the protocol’s flexibility. Britain has said it wants a “normal treaty framework” that is not policed by the European Court of Justice. Sefcovic said that would effectively mean cutting Northern Ireland out of the EU single market.

Among other consequences, “[A]ll assets and interests in assets of these persons must be blocked and reported to the Treasury Department’s Office of Foreign Assets Control (OFAC). In addition, persons who engage in certain transactions with the persons designated today may themselves be subject to designation. In addition, any foreign financial institution that knowingly facilitates a significant financial transaction or provides significant financial services to designated persons could be subject to correspondent account sanctions or payable-through account sanctions in the United States”.

MEMORANDUM FOR THE SECRETARY OF STATE

A country’s presence on the foregoing list is neither a reflection of its government’s counterdrugs efforts nor level of cooperation with the United States. Consistent with the statutory definition of a major drug transit or major illicit drug producing country set forth in section 481(e)(2) and (5) of the Foreign Assistance Act of 1961, as amended (Public Law 87-195) (FAA), the reason countries are placed on the list is the combination of geographic, commercial, and economic factors that allow drugs to be transited or produced, even if a government has engaged in robust and diligent narcotics control and law enforcement measures.

The United States is committed to working together with the countries of the Western Hemisphere as neighbors and partners to meet our shared challenges of drug trafficking and use. My Administration will seek to expand cooperation with key partners, such as Mexico and Colombia, to shape a collective and comprehensive response and expand efforts to address the production and trafficking of dangerous synthetic drugs that are responsible for many of our overdose deaths, particularly fentanyl, fentanyl analogues, and methamphetamine. In Mexico, we must continue to work together to intensify efforts to dismantle transnational criminal organizations and their networks, increase prosecutions of criminal leaders and facilitators, and strengthen efforts to seize illicit assets. In Bolivia, I encourage the government to take additional steps to safeguard the country’s licit coca markets from criminal exploitation and reduce illicit coca cultivation that continues to exceed legal limits under Bolivia’s domestic laws for medicinal and traditional use. In addition, the United States will look to expand cooperation with China, India, and other chemical source countries in order to disrupt the global flow of synthetic drugs and their precursor chemicals”.

In December 2015, GOL reported including Jose Marti International Airport (HAV) in the Republic of Cuba among destinations. HAV is not currently listed among GOL destinations.

““Interline: GOL has partnerships with many airlines that can issue your tickets and allow you to make one or more connections without you having to check-in or check your bags again. Learn about the partner airlines with which we have this agreement known as an interline agreement: Cubana de Aviación“

The platform was considered by the 2020 Platform Committee at its meeting on July 27, 2020, and was approved by the Democratic National Convention on August 18, 2020.

“Democrats will also move swiftly to reverse Trump Administration policies that have undermined U.S. national interests and harmed the Cuban people and their families in the United States, including its efforts to curtail travel and remittances. Rather than strengthening the regime, we will promote human rights and people-to-people exchanges, and empower the Cuban people to write their own future.”

“Democrats believe the Western Hemisphere is America’s strategic home base—a region bound together by common values, history, and vision of a more prosperous, democratic, and secure future. When the United States hosts the region’s leaders at next year’s Summit of the Americas—the first to be held here since the 1994 inaugural meeting in Miami—we will turn the page on the Trump Administration’s denigration and extortion of our neighbors, and we will chart a new era of cooperation based on partnership and shared responsibility for the region we all call home.

[…] We will work with our partners to recover from the COVID-19 pandemic, which has caused the biggest economic decline in history across Latin America and the Caribbean.

Rather than coerce our neighbors into supporting cruel migration policies, we will work with our regional and international partners to address the root causes of migration—violence and insecurity, weak rule of law, lack of educational and economic opportunity, pervasive corruption, and environmental degradation […] and help vulnerable nations in the Caribbean and Central America adapt to the impacts of climate change. And rather than imitate populist demagogues, we will link arms with our neighbors to realize our shared aspirations for the region’s future

We will reject President Trump’s failed Venezuela policy, which has only served to entrench Nicolás Maduro’s dictatorial regime and exacerbate a human rights and humanitarian crisis. To rise to the occasion of the world’s worst refugee crisis and worst humanitarian crisis outside a warzone in decades, the United States will mobilize its partners across the region and around the world to meet the urgent needs of the people of Venezuela, and grant Temporary Protected Status to Venezuelans in the United States. Democrats believe that the best opportunity to rescue Venezuela’s democracy is through smart pressure and effective diplomacy, not empty, bellicose threats untethered to realistic policy goals and motivated by domestic partisan objectives.

Democrats will also move swiftly to reverse Trump Administration policies that have undermined U.S. national interests and harmed the Cuban people and their families in the United States, including its efforts to curtail travel and remittances. Rather than strengthening the regime, we will promote human rights and people-to-people exchanges, and empower the Cuban people to write their own future.

PRESIDENT BIDEN MENTIONS FIFTEEN COUNTRIES DURING HIS ADDRESS TO THE 193-MEMBER UNITED NATIONS GENERAL ASSEMBLY; CUBA WAS ONE OF THEM.

The truth is: The democratic world is everywhere. It lives in the anti-corruption activists, the human rights defenders, the journalists, the peace protestors on the frontlines of this struggle in Belarus, Burma, Syria, Cuba, Venezuela, and everywhere in between.”

The coalition with Chávez Vargas Minutti will offer companies and individuals a new gateway to Latin America from Europe and vice versa.   The global cluster of Lupicinio International Law Firm (LILF) continues to grow and expands its international team, now joining forces with the prestigious Mexican law firm Chávez Vargas Minutti. One of LILF’s…

INTERNATIONAL SANCTIONS NOVEMBER 2021     EUROPEAN UNION   LIBYA On 09 November 2021, Council Implementing Decision (CFSP) 2021/1942 of 9 November 2021 implementing Decision (CFSP) 2015/1333[1] concerning restrictive measures in view of the situation in Libya has been published in the Official Journal of the European Union With regard to Council Regulation (EU) 2016/44…